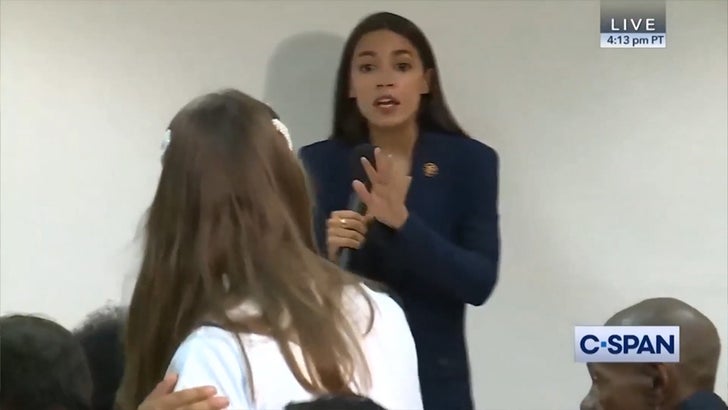 The woman was escorted out, AOC kept her cool … and the town hall meeting continued.