​Arsenal manager Unai Emery has revealed that he was encouraged to take a job in the Premier League by Manchester City midfielder David Silva.

Silva played for Emery whilst he was still in charge at Valencia, before the Spaniard moved to City back in 2010.

Emery took charge at the Emirates over the summer, succeeding Arsene Wenger’s 22-year reign. After losing to Chelsea and Manchester City early on in the season, Emery’s Arsenal have gone on a 20-match unbeaten run in all competitions, which continued with a 2-2 draw away at Manchester United on Wednesday. Emery said: “At the end of last season, I met ​David Silva in an elevator in Valencia and he said: ‘Coach if you can, you should go to England.”

However, Silva wasn’t the only player who thought Emery would suit the Premier League, with the Gunners boss also naming-checking a former Spurs star as another advisor.

Emery continued: “I remember when [Spanish goalkeeper] Cesar arrived at Valencia after a season at ​Tottenham and he told me that if one day I could, I should go to the Premier League. 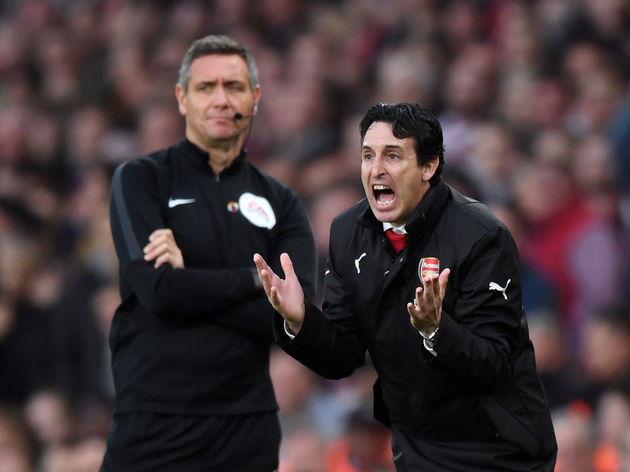 “I can only say very positive things of my stay here from the first day up to now. I have found a lot of support when it comes to the day-to-day. They are very respectful. The coaching staff is very happy here. It’s a very competitive league. Each team has good qualities and I’m really enjoying it.”

​Arsenal’s next test is at home to ​Huddersfield on Saturday 8 Decemver, where they’ll look to make it 21 games unbeaten.