NEW YORK (AP) – Whether as a design element or an ode to a passion or hobby, coffee table books have it covered, especially as holiday gifts.

Splashy, special interest books are in abundance this time of year and may seem extravagant when self-purchased. That’s exactly why wrapping them up and handing them over to a loved one can strike just the right tone.

“Women Who Rock: Bessie to Beyonce. Girl Groups to Riot Grrrl.” Edited by Evelyn McDonnell. Black Dog & Leventhal. Yes, the dust jacket is bright pink, for better or worse, but the essays are all-encompassing, as the title suggests. Includes a range of writers, though accompanying portraiture may not be to taste. Each profile is written by a woman, with more than 100 in all. The subjects were chosen, as McDonnell says, both painstakingly and arbitrarily as she went about honoring “rock” as a verb, not a noun. $35.

“Contact High: A Visual History of Hip-Hop,” by Vikki Tobak. Clarkson Potter. Hip-hop photographers share their contact sheets, paired with interviews and essays. Spans nearly 40 years. Also plenty of performance and audience imagery. There’s Fab 5 Freddy at a White Castle in the Bronx, 1982. Jump to 1993 for a never-before-seen photo of Tupac and Nas at a Club Amazon party in Manhattan. Time trip again to 2012 Atlanta and Gucci Mane on the set of the “Shooters” video. $40. 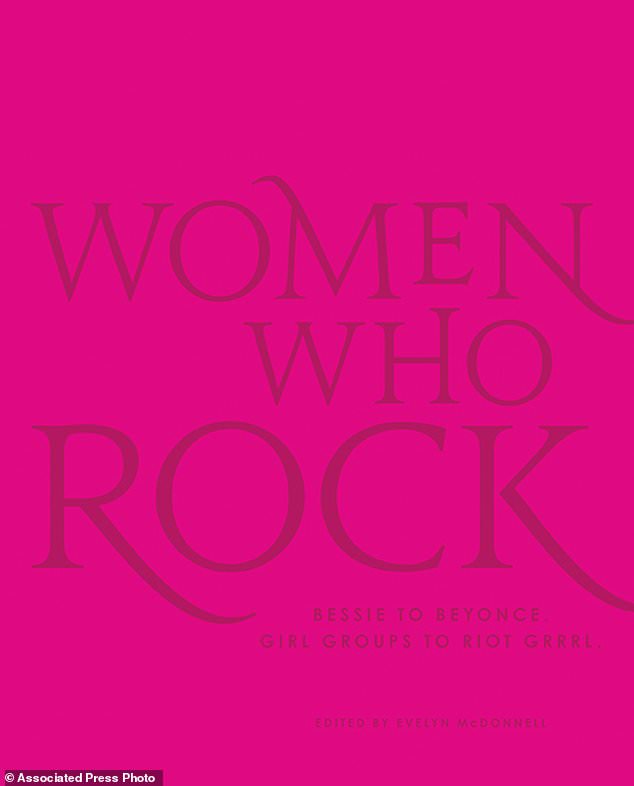 “Hindsight & All the Things I Can’t See in Front of Me,” by Justin Timberlake. Harper Design. It’s his first book, in which he writes: “You have to dare to suck.” As a 2-year-old in Memphis, family lore goes, he harmonized nicely with Don Henley on the car radio. He revels in his years on “Saturday Night Live,” and his bromance with Jimmy Fallon. Of early ‘N Sync: “We had a lot of fun, and we really cared about what we were doing. We wanted to be good at it.” $40.

“City of Angels: House and Gardens of Los Angeles,” by Jennifer Ash Rudick and Firooz Zahedi. The Vendom Press. Drool worthy, eclectic, renowned. These are interiors and outdoor spaces of film producers, directors, artists, photographers and musicians. Over 25 houses, bungalows, studios and compounds. The spaces include homes designed by Frank Lloyd Wright and Rudolph Schindler, from Malibu and the Santa Monica Mountains to a Pacific Palisades villa decorated by Oliver Furth. $75.

“From the Earth: World’s Great, Rare and Almost Forgotten Vegetables,” by Peter Gilmore. Hardie Grant Books. With hundreds of varieties to choose from, Australian chef Gilmore has selected 50 heirloom vegetables and plants. In the process, he delves into the history of both common varieties and rare or nearly extinct ones. Interviews with farmers. Recipes on how to cook up his discoveries. $60.

“Tony Duquette’s Dawndridge,” by Hutton Wilkinson. Abrams. Wilkinson bought designer Duquette’s Beverly Hills home after Duquette’s death in 1999, chronicling its expansion from a tiny box house into an expansive estate still filled with items picked by and created by Duquette and his wife, Elizabeth. It’s quirky and chic and comfy all at the same time. Have a look at the Monkey Room, a glassed-in porch overlooking the garden. Duquette used it as storage and Wilkinson brought it to life. There’s the signature Duquette leopard-print carpet on the staircase leading down to the summer and guest bedrooms. $75.

“Vivian Maier: The Color Work,” by Colin Westerbeck. Harper Design. Remember the Chicago mystery nanny whose cache of some 150,000 prints, negatives, transparencies and rolls of undeveloped film were discovered at auction after her death? Her name was Vivian Maier and this book brings her meandering to life in color. One self-portrait says it all with a sliver of her face reflected in a hand mirror that rests on a bunch of yellow flowers on street brick, from 1975. $80.

“Literary Chickens,” by Beth Moon. Abbeville Press. You heard that right. The New York photographer Moon has paired 52 gorgeous black-and-white portraits of heritage-breed chickens with literary excerpts. The beady-eyed gazes of every last one of the birds are fixed on Moon’s lens. Consider the Silver Phoenix female paired with this from Virginia Woolf’s “Night and Day”: “I’ve done my best to see you as you are, without any of this damned romantic nonsense.” $35.

“Trees: Between Earth and Heaven,” photographs by Art Wolfe, text by Gregory McNamee. Earth Aware Editions. Wolfe is a landscape photographer who has worked on every continent. Here, he puts us up close with a leopard lounging in a thorn tree in Botswana. He shares the colorful giant sequoias of California. Light dances through his images, as does the icy Moreno Glacier that serves as backdrop to the tops of Southern beech in Argentina. $75.

“Roland Mouret: Provoke – Attract – Seduce,” by Roland Mouret and Alexander Fury. Rizzoli. The French designer in conversation with fashion writer and historian Fury. This ode to Mouret and his company is more valuable for its Q-and-A text than the photos of various models and collections. It’s all very French: “You know, I’ve learnt everything about fashion in bed,” Mouret says. “Every body I’ve touched has taught me something about dressing it.”

“Rolex: The Impossible Collection,” by Fabienne Reybaud. Assouline. If you can afford a Rolex, you can afford to gift this stunning, limited-edition oversize book about the brand, its history and its celebrity following. By big, we mean 14-by-17 inches, in a handcrafted clamshell case with color plates hand-tipped on art quality paper. The luxury time pieces are shown off on the wrists of everybody from Picasso to Pope John Paul II. $845.

“New York by New York,” by Wendell Jamieson. Assouline. “Something’s always happening here. If you’re bored in New York, it’s your own fault.” So says Myrna Loy in this gifty, photo-driven tome with a foreword by Jay McInerney. Big moments and little ones are celebrated. It took a two-page spread to do justice in black and white to Bianca Jagger marking her birthday in 1977 by mounting a white horse for a walk into Studio 54, launching the club into the social stratosphere. $250.

“Food & Drink Infographics: A Visual Guide to Culinary Pleasures,” by Simone Klabin, edited by Julius Wiedermann. Taschen. Butchery in France, the principles of molecular gastronomy, the health benefits of sweet cherries and everything you need to know about chewing gum, all represented in fun visuals that often double as art in and of themselves. Some are historical, others comical. Many may also be useful in the kitchen or at the bar. $70.

“Pantone Foodmood,” edited by Guido Tommasi. Guido Tommasi Publishing/ACC Distribution. Drawing inspiration from the color experts at Pantone, these dishes urge home cooks to create with their eyes. Recipes are organized by color and each color is characterized by mood. Yellow includes mango pudding with panna cotta. Purple is beet and pumpkin ravioli. Savory asparagus tarts represent for green. $50. 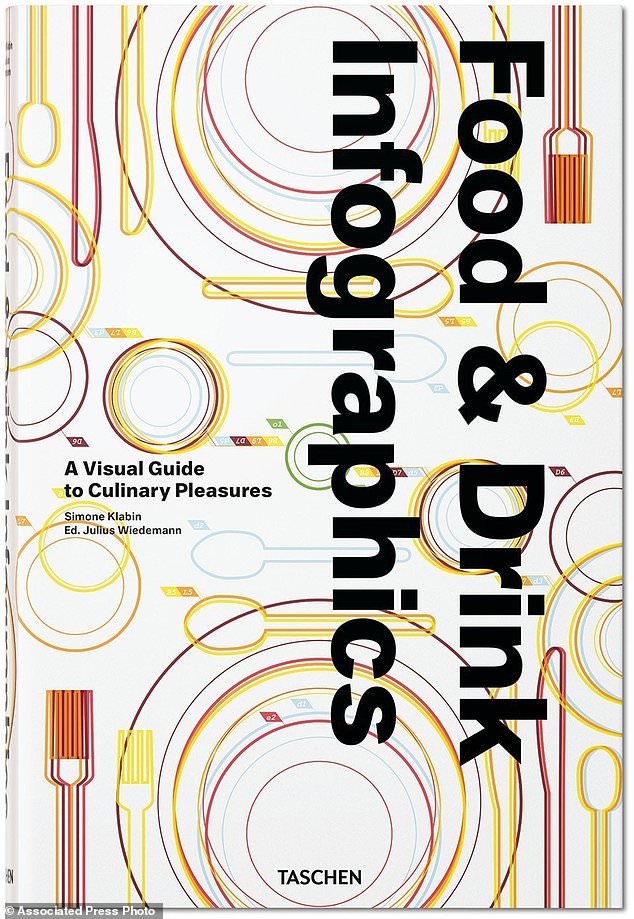 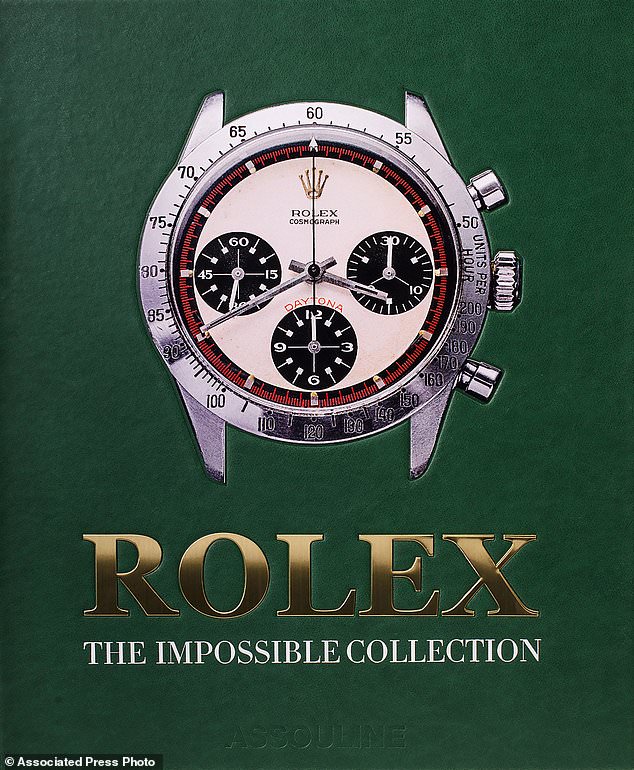 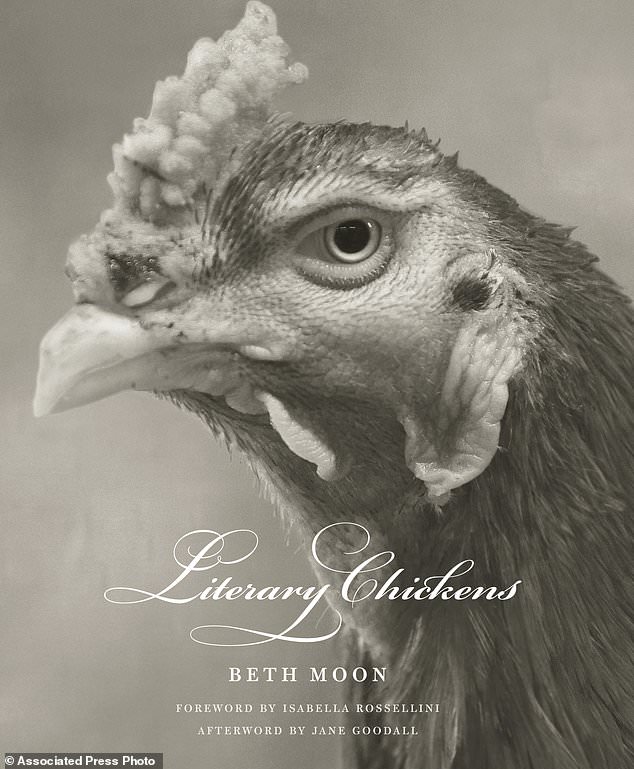 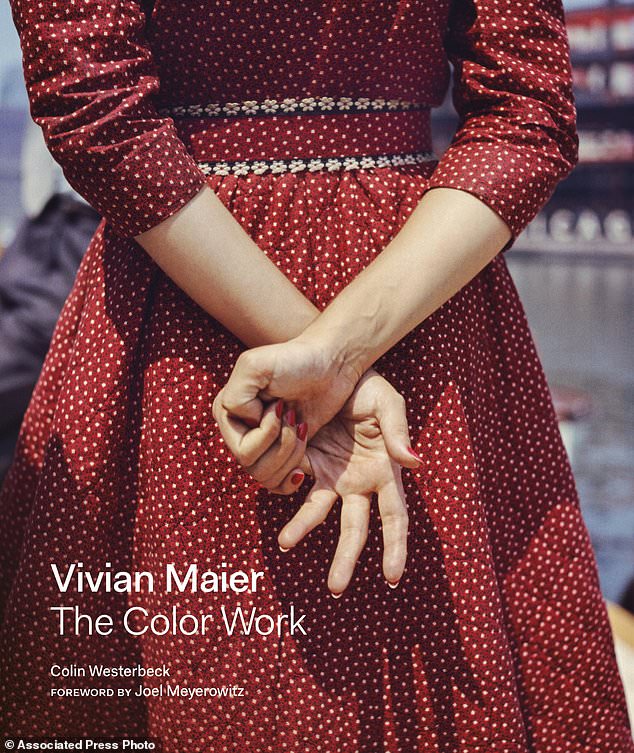 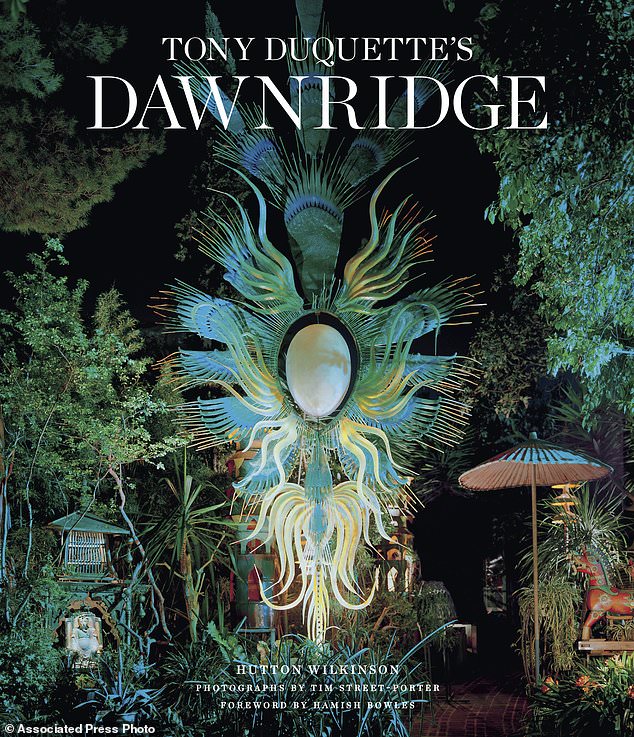 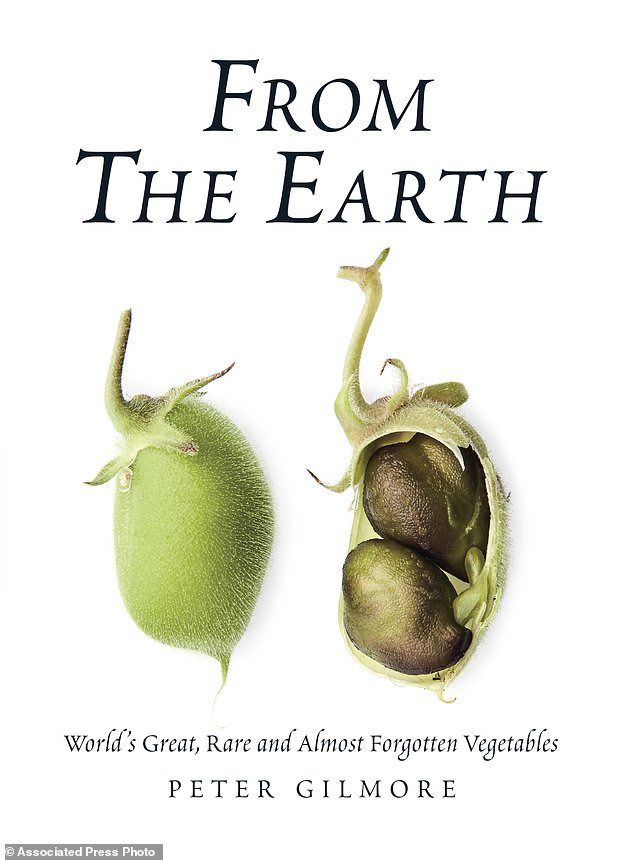 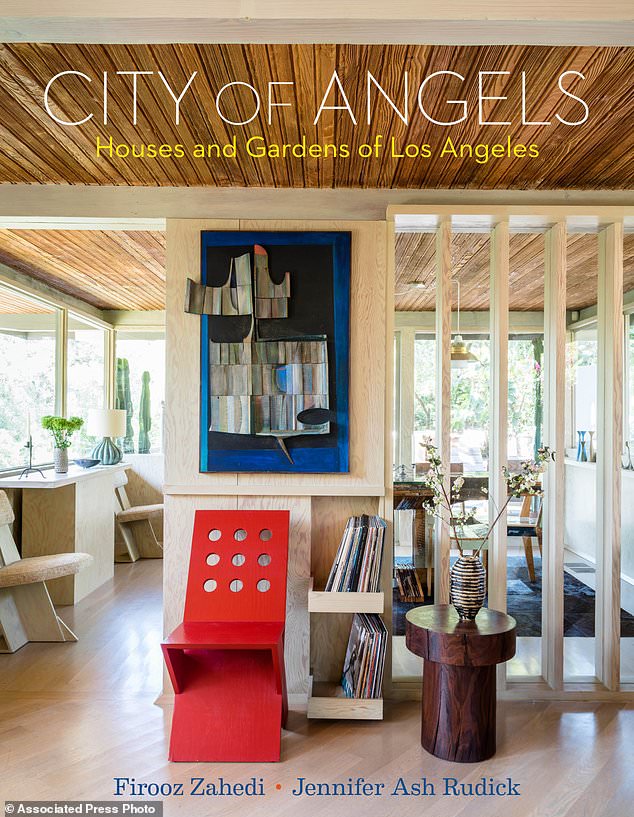 This cover image released by Vendome shows “City of Angels: Houses and Gardens of Los Angeles,” by Jennifer Ash Rudick and Firooz Zahedi. (Vendome via AP) 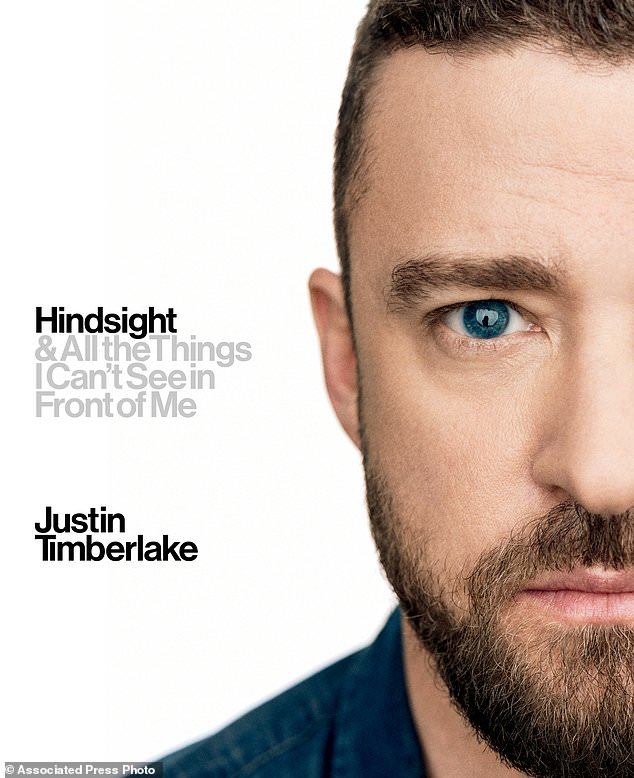 This cover image released by Harper Design shows “Hindsight & All the Things I Can’t See in Front of Me,” by Justin Timberlake. (Harper Design via AP) 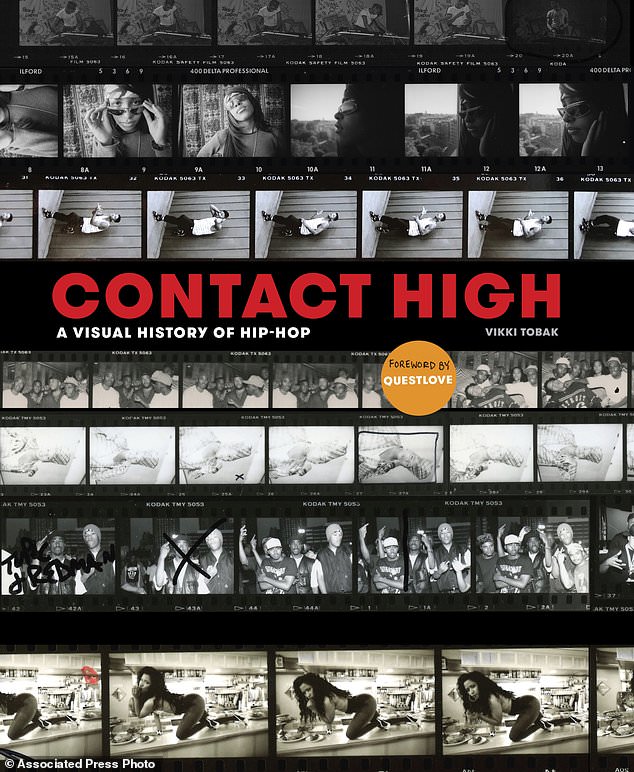 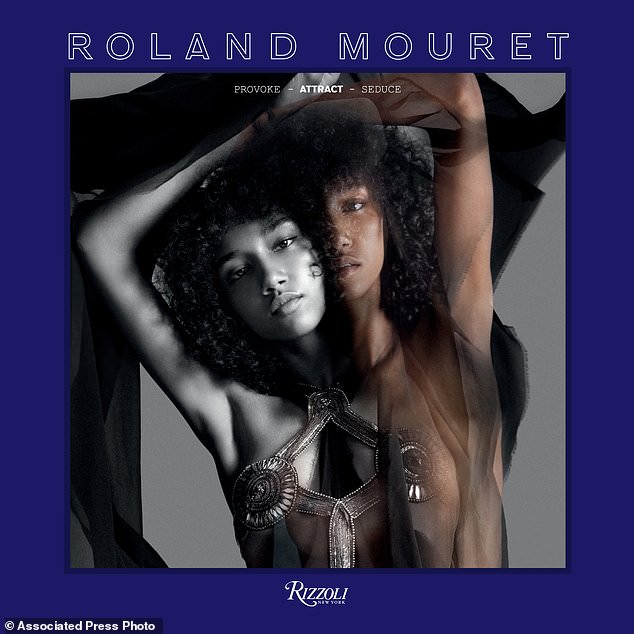 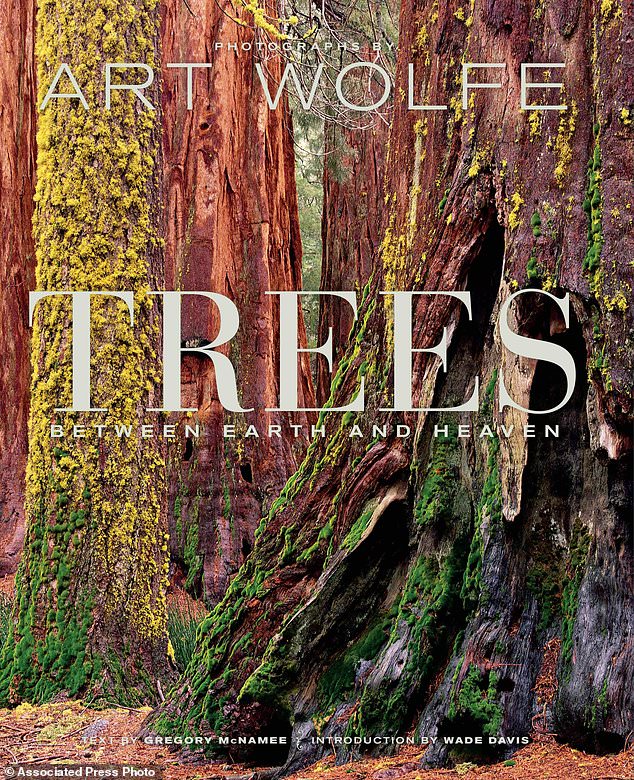 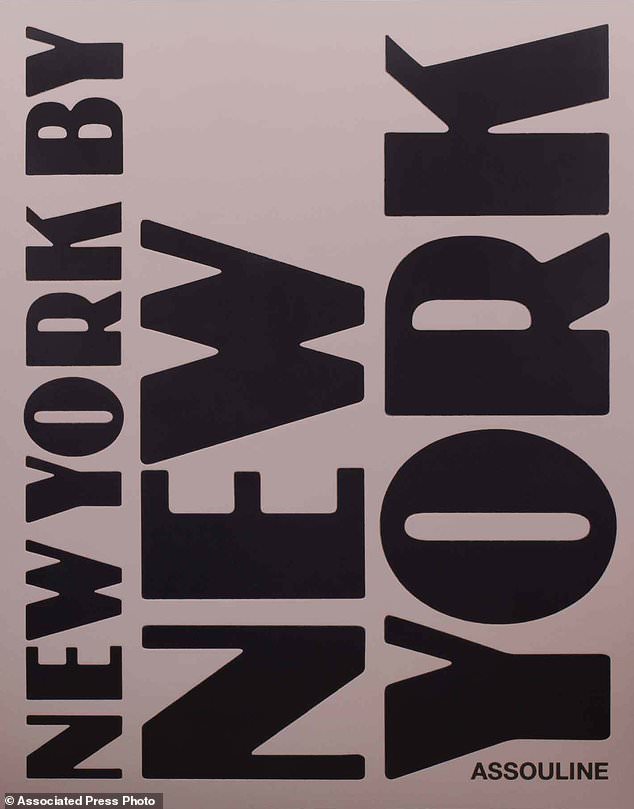 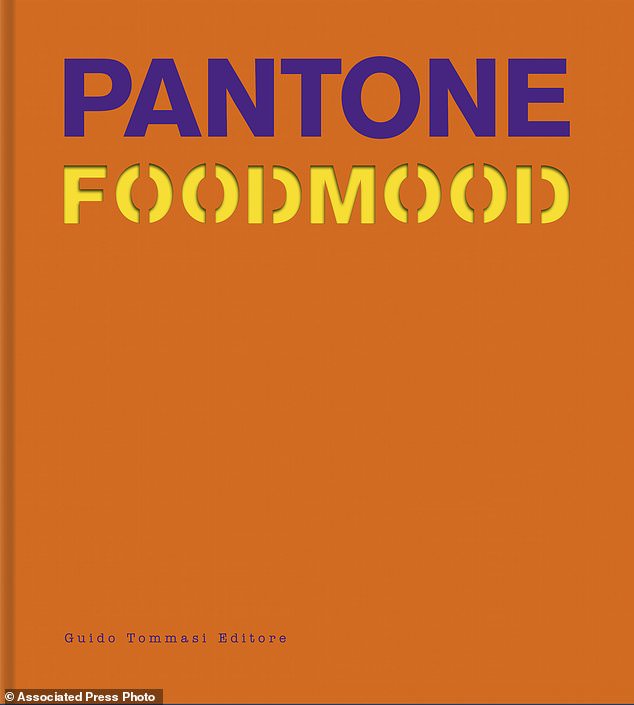 Sorry we are not currently accepting comments on this article.