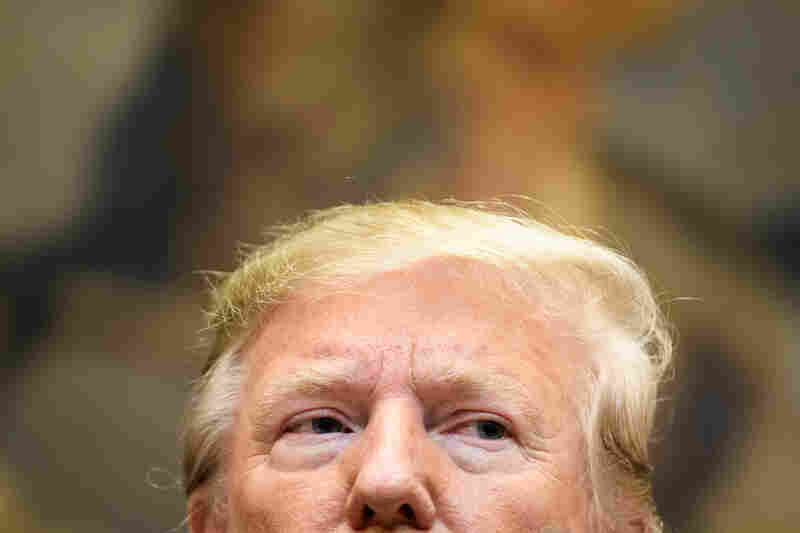 President Trump speaks at the White House Oct. 9, 2019. An NPR analysis of his tweets shows Trump using very different language and insults when sparring with white and non-white Democratic lawmakers. 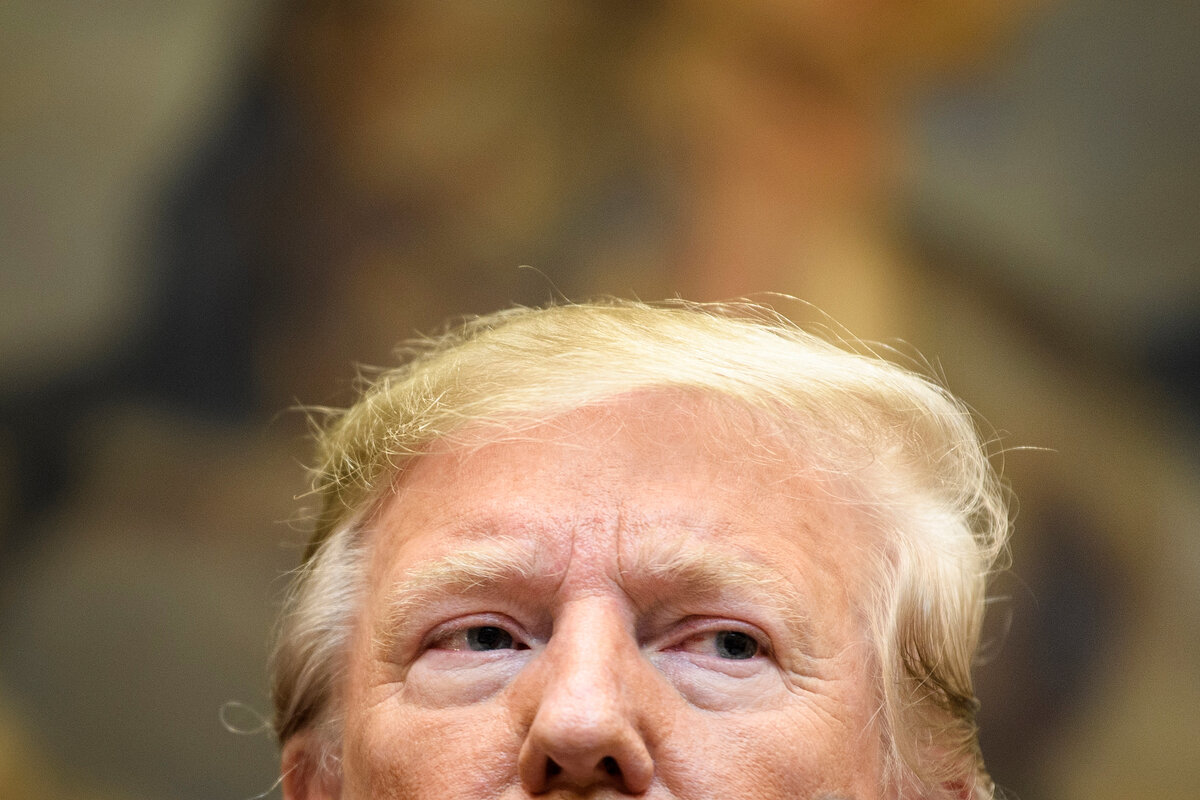 President Trump speaks at the White House Oct. 9, 2019. An NPR analysis of his tweets shows Trump using very different language and insults when sparring with white and non-white Democratic lawmakers.

President Trump uses his Twitter feed the way past presidents used the White House briefing room. It’s the place where he announces policy and delivers his message to the American people. And it’s also the place where he, often gleefully, tries to skewer his political opponents.

As the House Democrats’ impeachment inquiry continues and Trump’s own re-election efforts gather speed, an NPR analysis shows that Trump’s broadsides against Democrats in Congress have intensified since July. And his language about non-white lawmakers has also grown more heated.

NPR examined Trump’s tweets, both positive and negative, about every single current member of Congress starting from his inauguration day until last week. As of October 4, Trump has tweeted more than 700 times about sitting members of Congress.

While Trump has always spread his insults far and wide, the volume of personal insults and extreme language that he directed at the so-called “squad” of four Democratic congresswomen and African-American Congressman Elijah Cummings over the summer stood out.

He kicked off his tweet storm in mid-July with a Twitter thread that embraced racist tropes, urging members of the ‘squad’ — all women of color — to “go back” to the “totally broken and crime infested places from which they came.”

Trump would go on to tweet about the “squad” — Ilhan Omar of Minnesota, Alexandria Ocasio-Cortez of New York, Ayanna Pressley of Massachusetts and Rashida Tlaib of Michigan — nearly 20 times collectively in about three months.

Among other things, he’s called the squad “a very racist group of troublemakers” and claimed they hate the United States.

The “Squad” is a very Racist group of troublemakers who are young, inexperienced, and not very smart. They are pulling the once great Democrat Party far left, and were against humanitarian aid at the Border…And are now against ICE and Homeland Security. So bad for our Country!

That language speaks to some white Trump supporters who may be worried about the country’s changing demographics, says Niambi Carter, a political science professor at Howard University.

“When he says ‘Make America Great Again’ and points to these women as the sort of embodiment of everything that America isn’t: It’s not black. It’s not a woman. It’s not Muslim. It’s not Latina … these women become perfect vehicles for all of that xenophobia and all of that anxiety that these white voters feel,” Carter said.

Omar, in particular, has been a top target for Trump on Twitter and off. Including tweets about the ‘squad’ and tweets that single her out, Trump has tweeted about her 29 times. By comparison, he tweeted about Ocasio-Cortez 22 times.

Trump is holding a rally in the heart of Omar’s district in Minneapolis on Thursday. At a campaign rally in North Carolina in July, the crowd echoed Trump’s tweets and chanted ‘send her back’ about Omar, who was born in Somalia, but is an American citizen.

These sort of attacks have a long running history, said Pearl Dowe, a political science and African-American studies professor at Emory University.

“This is an ongoing struggle for people of color to have their citizenship respected, to actually live out their full citizenship, but also their humanity as well,” Dowe said.

The White House did not respond to interview requests for this story, but Trump supporters generally say that the president is a counter-puncher who responds to people who attack him, no matter who they are.

The review of Trump’s tweets shows that he does go after critics, but not everyone gets the same treatment or attention.

“The president chooses his targets pretty carefully but he doesn’t always choose them for the same reason,” said Brian Ott, a communications professor at Texas Tech University and co-author of The Twitter Presidency.

Ott said Trump uses Twitter to discredit politicians he views as a threat and to distract from other matters.

“There’s this other motivation, which is trying to define the opposition, and it’s clear that he takes tremendous pleasure and is particularly vitriolic when it comes to characterizing women and ethnic minorities on Twitter,” he said.

On Twitter, Trump has said the face of the Democratic party is the ‘squad,’ Pelosi and Congresswoman Maxine Waters, who is African-American.

Representatives Omar and Tlaib are the face of the Democrat Party, and they HATE Israel!

He has never extended that label, “face of the Democrat party,” to a white male lawmaker.

When Trump does set his Twitter sights on an opponent, the nature of the attacks can vary sharply depending on who the critic is.

Trump has tweeted about Schiff 41 times, with many of those mentions coming in the past three weeks as the impeachment inquiry has gotten underway. The president has accused Schiff of committing treason and being a fraud.

Trump launched similar attacks against districts represented by Pelosi and Congressman John Lewis in the past.

Paris Dennard is a prominent African-American conservative who backs Trump. He argued it’s not race or gender that motivates the president, but the prominence of the critic.

“If you are a worthy opponent, meaning you have a large social media following … meaning you can attract a lot of people to whatever it is you’re talking about … he’s going to engage with them because he thinks it’s worth the fight,” Dennard said.