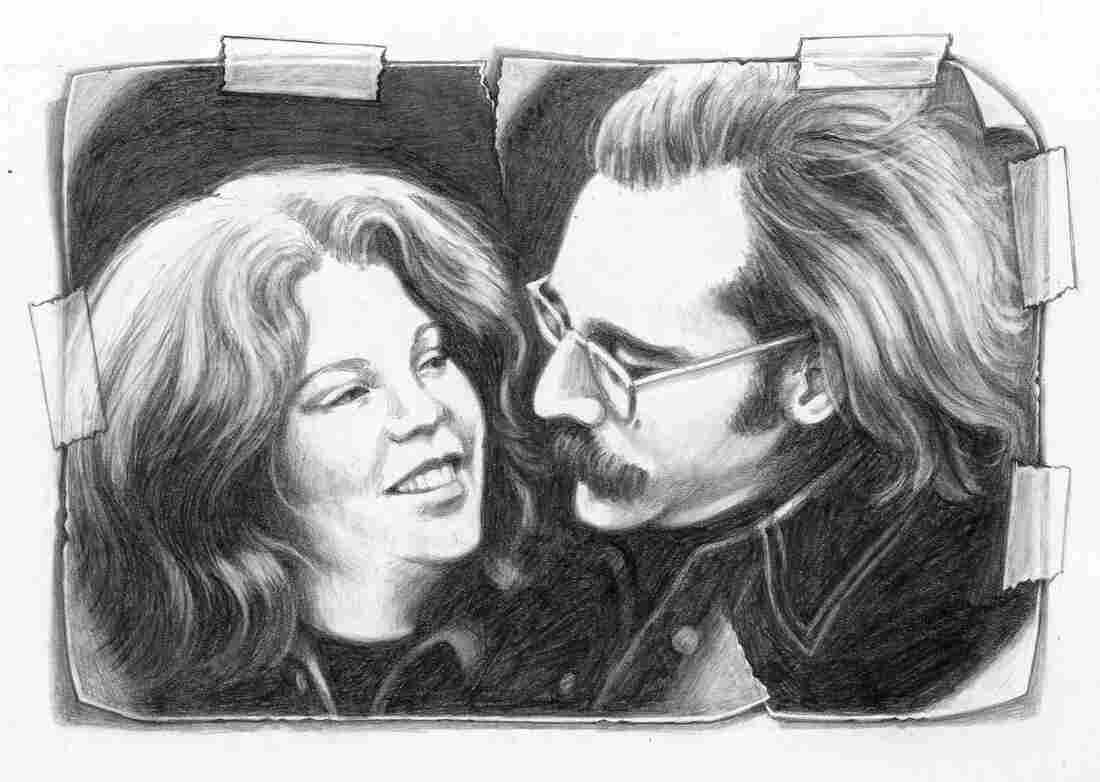 “Drawing has made it possible for me to stay close to Joy when she is no longer here,” Jonathan Santlofer writes in his memoir, The Widower’s Notebook.

“Drawing has made it possible for me to stay close to Joy when she is no longer here,” Jonathan Santlofer writes in his memoir, The Widower’s Notebook.

Five years ago, author and artist Jonathan Santlofer was at home with his wife, food writer Joy Santlofer, when Joy began feeling feverish. Joy, who had undergone outpatient surgery the day before for a torn meniscus in her knee, called her doctor’s office and was told to come for her scheduled appointment four days later. That appointment never happened.

“It’s hard for me to say what exactly happened,” Santlofer says. “I had walked out of the room briefly to go into the back of our loft, to my studio, and when I came back, it was not that much later, but my wife was in incredible distress.”

Joy died suddenly — possibly from medications interacting badly — and Santlofer was left in what he calls a “fugue state” of grief. Though he continued living in the loft that they had shared, he initially put away all of the photographs of his wife, because they were too painful to look at.

But as time wore on, Santlofer would bring out the images so that he could sketch copies of them. Over the course of about 80 drawings, he found that his sketches brought him back in time, to the moment when the photographs were originally taken.

“Drawing has made it possible for me to stay close to Joy when she is no longer here,” Santlofer writes in his memoir, The Widower’s Notebook.

On trying to find out the cause of Joy’s death 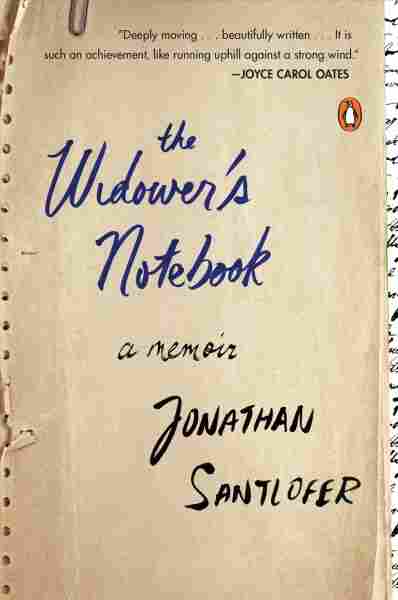 It was very odd, because I could not get the autopsy. I don’t know whether or not to assign blame but it was a very odd sort of continuum of circumstances where literally I would hear, “Well, the autopsy has been lost.” “It was not performed here at the coroner’s office.” “No it was at the hospital.” “Fill out this form.” “We’ll get it to you.” I’d go back to the hospital. They would say, “Well, we sent it to you.” Nothing had been sent. Then they said, “Well, it was never done.” “It was lost.” And that took almost two years for me to get the autopsy, and basically when I got the autopsy and read it, there was no cause of death listed at all, which was the shocking thing.

I think closure is really an overused word — that’s for sure — and I wasn’t necessarily looking for closure, but I was looking for the reason that my wife had died, and getting that autopsy two years later with no cause of death sort of opened up the entire thing for me again. I started to not be able to sleep again, and having similar nightmares that I had been having.

On life without his wife

I tend to think of myself, or had thought of myself, as a pretty cool, independent guy, but I had a lot of trouble being in my loft. I went out every night. I did all sorts of work. I resumed my teaching right away. I took on lots of commission painting work. So, in fact, I sort of not only went back to my life, I went back to it in a sort of bigger way, that is the activities of my life, because I needed a lot of distraction. …

I tried very hard to resume my life in a normal way. The idea of not going to a movie — my wife was a movie addict and when I didn’t want to go she would just say “Well, you just have to sit there it’s no big deal.” But I found that hard, the sort of taking pleasure from things that my wife and I would do together. Those were the things that I had a lot of trouble doing. 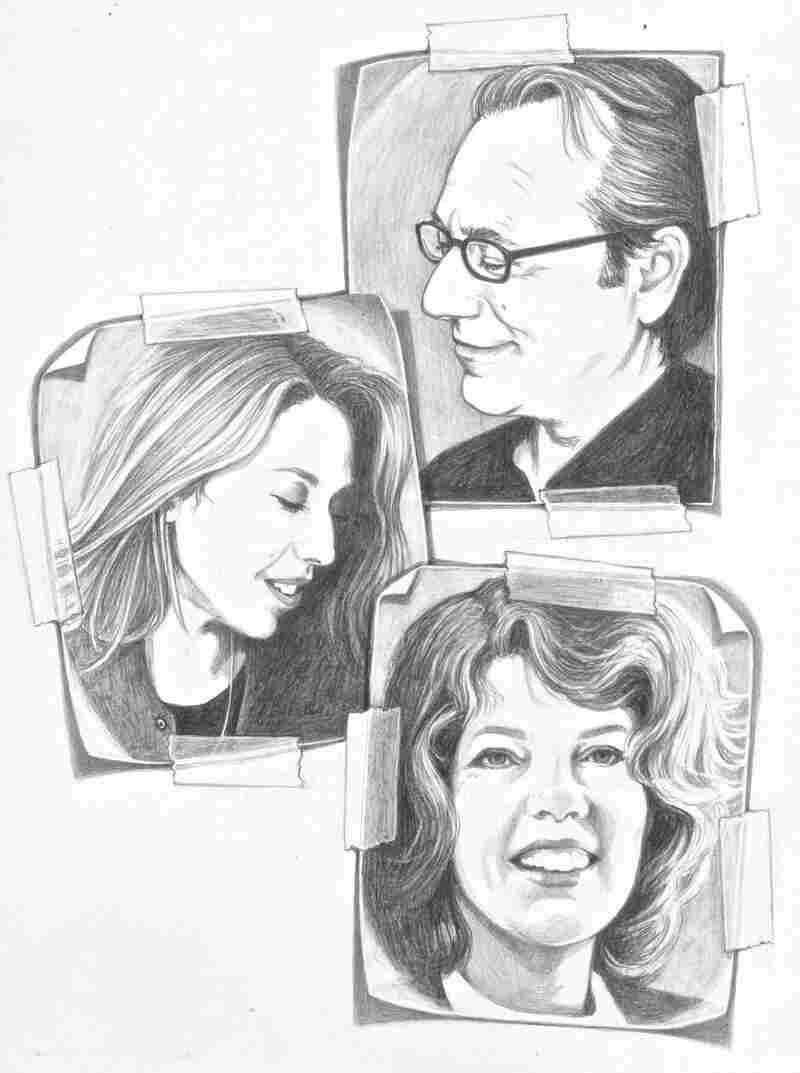 Santlofer based these sketches of himself, daughter Doria and his late wife Joy on family photographs.

On a string of injuries after his wife’s death, such as breaking his nose and foot

One could say that, “Well, these things happen,” but they just kept happening for the first year, year and a half or two after my wife died. … I just wasn’t looking at things or I was concentrating so hard [on] being kind of normal and regular and presenting that face to the world that I sort of turned off another part of myself. … I was trying to do everything I did, but then this other part of me was not quite either present or thinking, and so I was walking into walls, tripping over curbs, all this crazy stuff.

On sketching his wife from photographs to soothe his grief

Being a visual artist or being a writer or composer … I think it’s a sort of natural place to go when you have a loss, someplace to put your feelings and I think that’s what I did with drawing. … Drawing is something that comes very naturally to me, and I’ve been drawing since I was a kid. … The act of drawing is very, very focused, but a part of your mind can flow and think about things at the same time. …

I did a drawing of my wife and her mother and her sister and my daughter. It was from a tiny little black-and-white photograph, and, when I drew it, I could remember the color of each one of their bathing suits. I knew where we were. I remembered so many things about the moment. And so it was a way for me to stay close to my wife, really close to her. And it would bring back parts of our life together that sort of counteracted the intense sadness that I was going through. 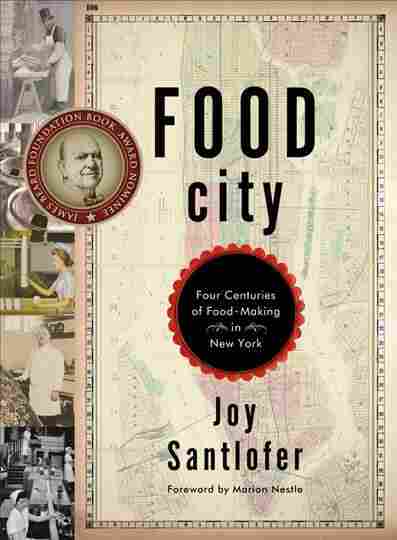 There was never a moment when I did not think that my wife’s book would be published. It was under contract to be published, but when she died she had a 400,000 word manuscript and her contract asked for 150,000 words. I tried to do some editing on it, which the publisher asked, [but it] was impossible. I not only don’t know the subject of food history, but it was way too emotional for me. I couldn’t bear to cut anything. And so we actually went through about three different editors until we got a really great editor who cut it down and organized the material. …

This was a book my wife worked on for four or five years, and it really was her life’s work and it just had to be published. It was published to quite a bit of acclaim and got a James Beard nomination. I’m very proud of her work on that book. People tell me all the time that they read it and that makes me very happy.

Amy Salit and Seth Kelley produced and edited the audio of this interview. Bridget Bentz, Molly Seavy-Nesper and Beth Novey adapted it for the Web.