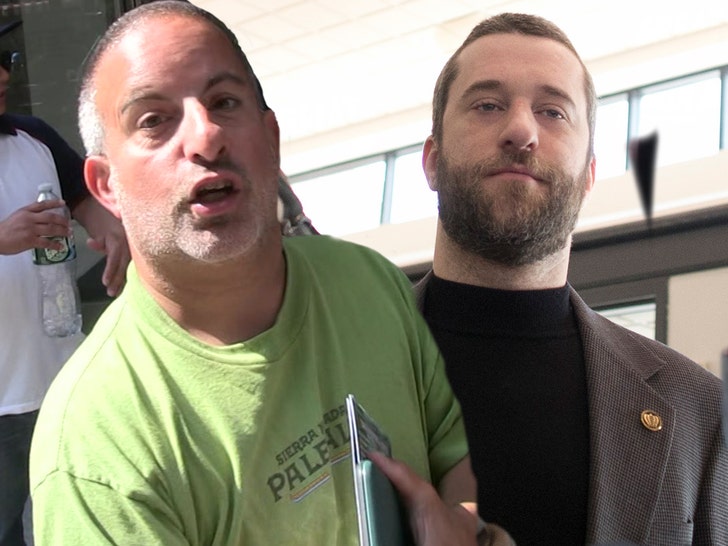 Looks like the Bagel Guy pulled a fast one on folks hoping he’d get in the ring with Dustin Diamond — aka Screech — ’cause he just announced he’s not fighting the guy.

Chris Morgan took to Twitter Saturday night to laugh in fans’ faces as he pulled out of th celeb boxing event in Jersey that he and others had been hyping up for weeks now. In a bizarre video he posted, Chris says … “I fooled you all! I ain’t coming to the fight!”

He went on to say that the best way to NOT get hit is to not be there, and then continued to mock everyone who paid to see him duke it out with Screech.

Chris didn’t make it immediately clear why he canceled last-minute, but in two videos he’d gone live with prior to the boxing match — in which he’s sitting alone in his car and arguing with fans who engage him — he alluded to not wanting to be a laughing stock.

He also mentioned something about Dustin being way bigger than him, and pretty much admitted defeat preemptively … suggesting he could beat him and would get whooped.

As we reported … Dustin stepped in to replace Lenny Dykstra, who’d pulled out of the fight himself due to pending litigation he’s currently dealing with.

Looks like all the talk (and training) was for nothin’.