Bam Margera‘s Bentley had one helluva ride … a thief stole the car and crashed into someone’s front porch during a wild police pursuit … and it’s on video.

The “Jackass” star says his expensive whip was stolen Tuesday night in Vista, CA, where he had stopped to charge his phone and get gas on his way to his shaman’s house. 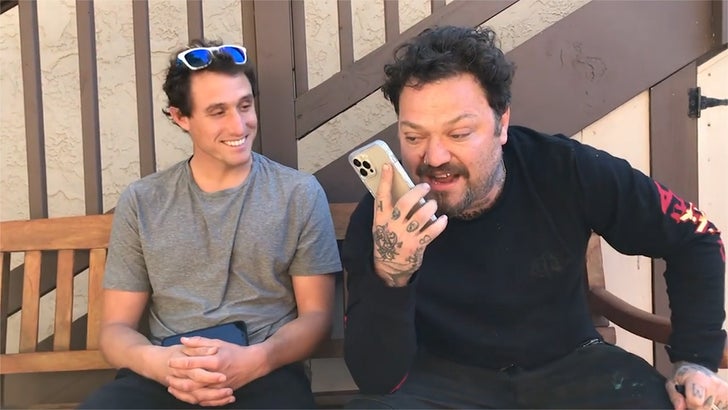 Bam says he looked out a store window to discover his car was missing, and then suddenly a bunch of cop cars swarmed and police helicopters appeared overhead and the chase was on.

BM says the high-speed chase ended when the thief crashed his whip into a house … and video shows the Bentley stopped on someone’s front lawn, right up against a house, with tons of police on the scene.

The only good news here … sources close to Bam tell us the car was NOT totaled, but it’s been towed to a dealer and needs some repairs.

Oh, and the icing on the cake — Bam says his phone ended up in someone else’s hands too!!!

A closer look at Meghan…