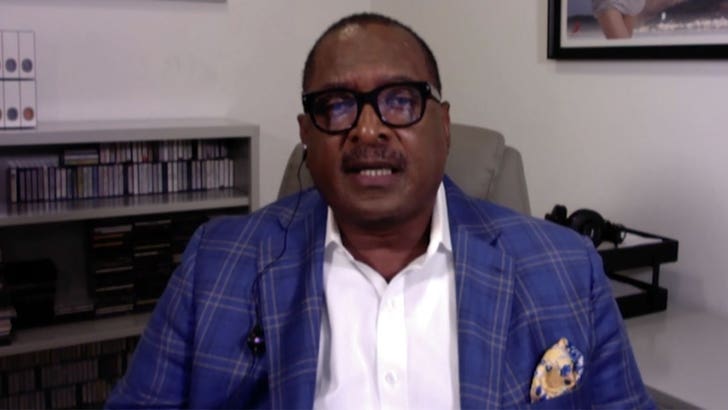 12:54 PM PT — Mathew hopped on “TMZ Live” Wednesday and revealed he plans to remove the second breast in January.

6:12 AM PT — 10/2 — Mathew Knowles went on ‘GMA’ Wednesday to discuss his battle with breast cancer, and it sounds like early detection helped him in dealing and managing it.

Speaking with Michael Strahan, MK says a red dot that continued to appear on his shirt and sheets is what made him realize something might be wrong … so he went and got a mammogram done, which he says revealed he did, in fact, have breast cancer.

Mathew also says he told his immediate family about the news, including his adult daughters, Beyonce and Solange — whom he says both got tested shortly thereafter. As for him, he had a procedure done and is in treatment now — Mathew’s big point here is early detection, and urges folks to get themselves checked out if they suspect something’s up.