Brandon Marshall says he’s ready to bury the hatchet with Jay Cutler after 5 YEARS of not talking … telling TMZ Sports he’s down to get a beer with the guy — if the ex-QB is buying.

“It would be an interesting conversation,” Marshall says. “I’ve been killing him the last couple years.”

Marshall and Cutler have had an epic feud that dates all the way back to their time in Chicago — when Brandon was catching passes from Jay with the Bears. 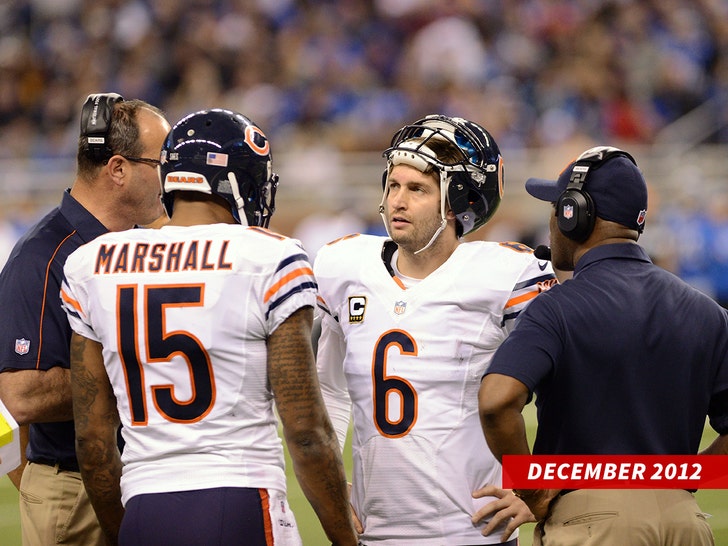 Marshall says things soured in his final year with Cutler in 2014 … telling us their personalities just stopped meshing and they could never talk it out.

In fact, Marshall says things got so bad, he hasn’t talked to Jay since WEEK 2 OF THAT SEASON!!!

But, Marshall tells us he’s ready to squash the beef over beers … telling us, “Life’s too short.”

As for the bill on those suds … Marshall says Jay’s gotta pay!!!