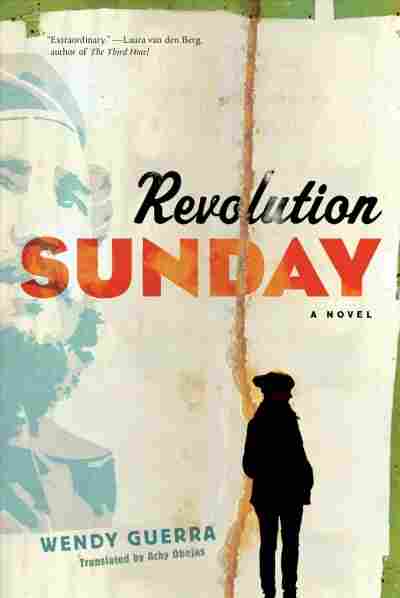 The Cuban poet and novelist Wendy Guerra has lived under surveillance for a long time. Twelve years ago, her debut novel won Cuba’s Bruguera Novel Prize, attracting the attention of the international literary community — and of Castro’s secret police. Since then, Guerra has had her personal and artistic freedom challenged repeatedly. Her work has been banned in Cuba, and it’s telling that her Twitter bio translates not to “I live in Havana,” but “I am alive and in Havana.”

In Guerra’s novel Revolution Sunday, translated by Achy Obejas, the protagonist is in a similar position. Cleo is a young poet whose parents have recently died in a suspicious car accident. In the midst of her grief, she mails a manuscript to a poetry competition in Barcelona, and when she wins, she becomes both a star and a pariah. In Havana, other poets are afraid to speak to Cleo, but when she visits an old boyfriend in Mexico, his Cuban-exile community thinks she’s untrustworthy because she still lives in Cuba, close to the Communist regime.

Soon, Cleo is completely isolated, but she refuses to give up writing, or living in Havana. She spends weeks at a time interacting with no one but Márgara, her family’s housekeeper, who becomes another model of persistence and bravery. “Write and be quiet,” she advises Cleo, but Cleo doesn’t do well with quiet. “Being read, honored, translated into several languages doesn’t matter if you’re not recognized in your own country,” she declares, “if you can’t find your original readers, if you can’t share your work with your own people.”

Cleo doesn’t like to be quiet, or to compromise in any way. While in Mexico, she tries to explain herself to the Cuban exiles through an essay about her experience as an accidental dissident, but they find it “pathetic and contemptible. [They] wanted a new hero for Cuba, in my essay or, to be frank, in the real world … They wanted a pamphlet to give them hope, something that said: It’s possible to be brave and clean without compromise, without duplicity.” Cleo refuses to write a text that simple. Guerra does, too.

Revolution Sunday is a complicated book, and a challenging one. It mixes poetry and prose, autofiction and hyperrealism, intense sensory detail and complete logistical vagueness. It has a plot, but not one that provides much momentum, or even meaning. Cleo floats through time and space — her senses are cranked up to eleven, but it’s hard to imagine her walking, or combing her hair. Her internal weather is the novel’s driving force.

This is radical. Guerra sets her stakes clearly: Revolution Sunday is about creating art under surveillance, and about our homelands’ inescapable pull. “Without Cuba,” Cleo declares, “I don’t exist.” But unlike most novels with such high political stakes, Revolution Sunday cares very little about What Happens, or What Happened. Guerra’s protest against surveillance and censorship is intensely personal. Cleo wants connection, not attention. She’s not interested in her global platform, or in offering hope. She’s “the only person in Havana who feels lonely,” and all she wants — all she pursues — is to be truly, fully seen.

‘Revolution Sunday’ is about creating art under surveillance, and about our homelands’ inescapable pull.

The paradox is heartbreaking. Because Cleo is being watched, nobody will look at her. When she has sex, she knows there are so many secret cameras that “the room is like a baseball stadium … the public watches the game without scruples. We are blindfolded and they see it as a drill, emotionless, which is why, in the pocket created by our bodies, everything is happening as if we were alone.” The key word here is emotionless. The secret police have no access to Cleo’s inner life, and so Revolution Sunday becomes completely interior. By the end of the novel, the world around Cleo is a blur. Cleo is a profoundly physical person — she loves sex, loves swimming, loves food and parties and the “promiscuous, intense, reckless, rambling city” where she lives — but surveillance forces her out of physical reality.

Achy Obejas does an exceptional job translating Revolution Sunday, especially as the novel turns inward. Her English prose is as intense and reckless as Cleo’s Havana. In a less confident translator’s hands, Cleo would lie flat on the page. Thanks to Obejas, she shimmers with life. The novel opens with the question, “How can I write all this without getting my pages dirty?” and the answer, for Cleo, Guerra, and Obejas, is that you can’t. Revolutionary Sunday is a dirty novel, full of corruption, deception and betrayal. Guerra is a fearless writer, and she’s lucky to have a fearless translator. Together, they make Revolution Sunday more vivid than life.

Lily Meyer is a writer and translator living in Washington, D.C.