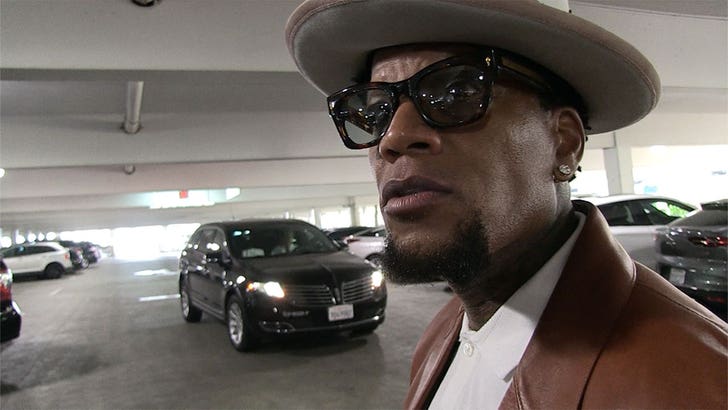 D.L. Hughley‘s not necessarily pointing the finger at police following the death of Botham Jean‘s neighbor … but he’s not yet convinced they have clean hands either.

We got Hughley Monday at LAX, and his take on the shocking murder of Joshua Brown — who testified against ex-Dallas cop Amber Guyger days before getting gunned down — is definitely an interesting one.

D.L. said if Brown had testified against a gang member and then got shot, it would be natural to suspect the gang was involved. So, in this case, it only makes sense to wonder if cops had something to do with the slaying.

He says if the police really had nothing to do with Brown getting killed in a Friday night drive-by shooting, they’ll be extra motivated to find the true killer. But, if they don’t solve the case … Hughley says they’re opening themselves up to serious suspicion.

That being said, the comedian admits he was already pissed about the case due to Guyger’s 10-year sentence for murdering Botham.

As we reported … Botham’s brother, Brandt, stunned the courtroom during Guyger’s sentencing by forgiving and then hugging her.

Judge Tammy Kemp also hugged Guyger after the sentencing, which some people loved, but others found highly inappropriate.

D.L. says he hated it, but for a slightly different reason.