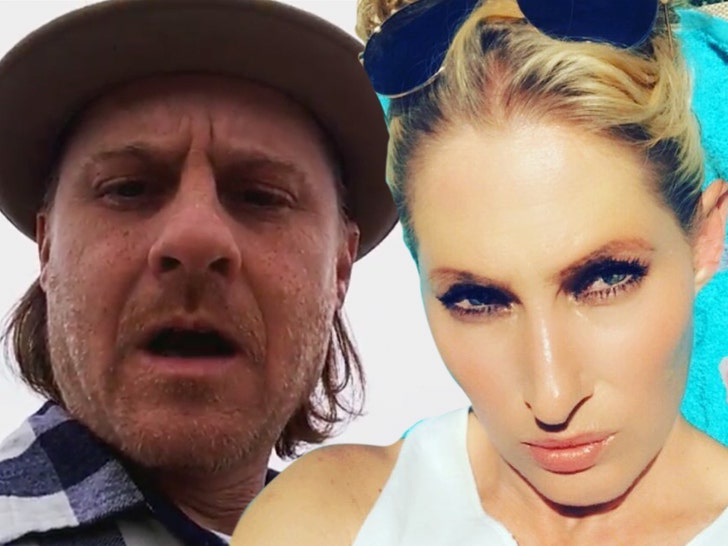 “Diff’rent Strokes” star Danny Cooksey is a jealous maniac whose anger is horribly out of control … so claims his estranged wife who just got a restraining order against him.

Amber Cooksey filed docs seeking a restraining order claiming Danny’s abusive ways have exasperated her epilepsy condition. According to docs, obtained by TMZ, Amber says Danny lashed out in profanity-laced phone calls while accusing her of having multiple affairs.

In docs, Amber says a recent curbside custody exchange of their 8-year-old son, Jackson Paul, went terribly south. She claims Danny started cursing at her, but she says she was horribly shocked when her son bit her and called her a bitch.

In another incident, Amber claims Danny once sent their son into her house with the sole purpose of trying to catch her with another man. In the docs, she also accuses Danny of having followed her to the grocery store to take pics of her car and license plates.

Amber says their son suffers from epilepsy and must adhere to a specific diet, but she claims Danny lets Jackson eat cookies and donuts, which have a negative effect on his condition. Likewise, she says her own epileptic seizures have been exacerbated by the “high conflict and stress” of dealing with her ex.

Amber says Danny’s currently in a live-in treatment facility for alcohol and drug abuse, but she still needs court ordered protection. The judge agreed and now Danny must stay at least 100 yards from Amber and Jackson.

As we first reported … Amber filed for divorce earlier this week, after more than 20 years of marriage.