A shirtless Philadelphia fan showed off the most incredible belly button tat ever during the Eagles-Packers game Thursday night … and WE CAN NOT STOP STARING!!!

The ink is glorious … it’s a drawing of the Phillies’ famous mascot, Phillie Phanatic, and because it fits so perfectly on the guy’s stomach — it’s entrancing.

The face of the Phanatic lines up with the man’s belly button … which means where the mascot’s nose goes, there’s nothing but a black hole. 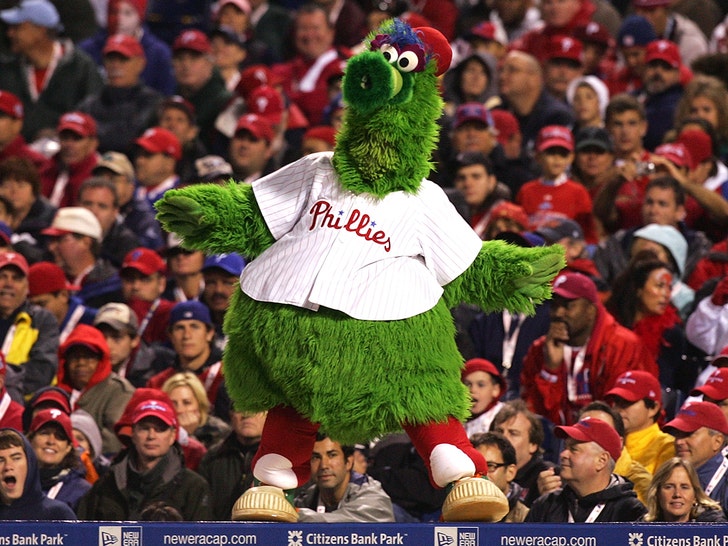 The guy is clearly a huge Philadelphia sports fan … he’s also got ink of a green eagle and a banner with “1776” and “Philadelphia” on his chest.

In fact, the dude’s tats were so awesome … he got airtime during Fox’s broadcast of “Thursday Night Football”!!!

By the way, the guy definitely left Lambeau Field happy … the Eagles scored a huge win over the Pack — and evened up their record to 2-2.

Here’s to hoping new ink is on the way to celebrate!!!