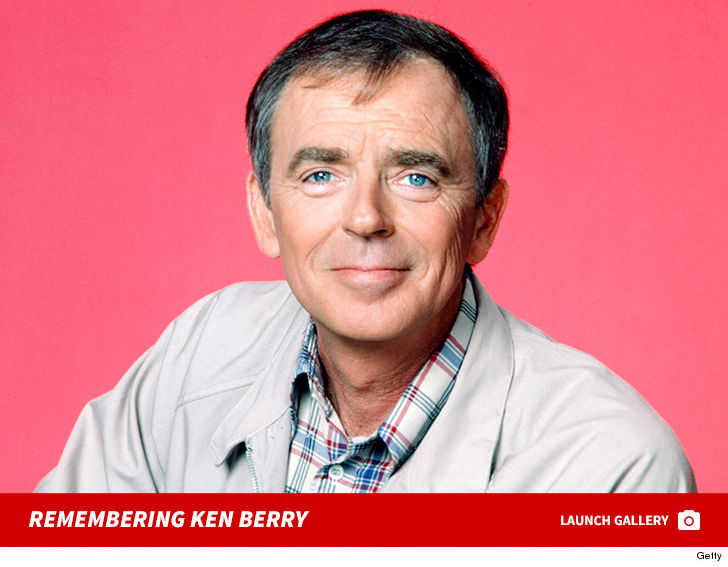 11:53 AM PT — Ken’s ex-wife, Jackie, tells us he had been battling heart issues for several months, and had stint surgery in October. But she adds, his heart illness continued to worsen in recent weeks, and he’d been in and out of the hospital.

Jackie says their daughter, Jennifer, Ken’s partner Susie and herself were all by his side until the end. She adds, Susie had been with Ken for 26 years and encouraged him through his ailment.

Ken’s final wishes, we’re told, were for people to donate to the Motion Picture Fund — a retirement community for actors — in his honor. He had planned to retire there.

Ken Berry, who starred in several classic TV series, including “F Troop” and “Mayberry, R.F.D.,” died on Saturday … according to his ex-wife.

Ken played Sam Jones — first on “The Andy Griffith Show” and also on the spin-off, ‘Mayberry,’ — but might be most beloved for playing Capt. Parmenter on the Western sitcom “F Troop” from 1965 to 1967.

His costar Larry Storch reacted to the news, saying, “We hope you know how much you were loved. Goodnight Captain.”

Ken landed on yet another cult classic TV sitcom in the 80s when he played Vinton Harper, opposite his good friend Vicki Lawrence on “Mama’s Family.”

He also had memorable guest-starring roles on several TV series like “Small Wonder,” “Fantasy Island,” “CHiPs,” “Little House on the Prairie” and “The Golden Girls.”

No cause of death has been released yet.