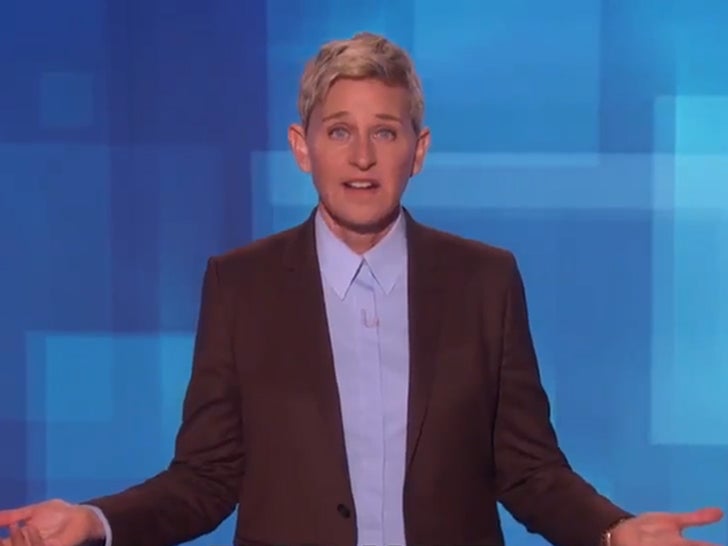 8:52 AM PT — President George W. Bush is weighing into the controversy over his mingling with Ellen at the game, and it sounds like he appreciates her standing up for their friendship.

A rep for Dubya tells TMZ … the Prez wasn’t even aware people were pissed until he saw Ellen address it on her show, but now that he’s up to speed on the outrage … we’re told he fully supports what she had to say about it, especially on being kind to folks with views that are different than your own.

There’s also this … the rep says 43 and Ellen have actually grown closer recently, after he made an appearance on her show — not to mention his daughter Jenna‘s past appearance as well. In fact, we’re told Dubya and Ellen even took some selfies together at the game, and that the Bushes enjoyed their time with her and Portia.

Ellen DeGeneres says there’s a pretty good reason she was hanging with George W. Bush at the Dallas Cowboys game on Sunday … they’re friends — and she’s damn proud of it!

Cameras captured Ellen and Dubya laughing together in Jerry Jones‘ owner’s box at AT&T Stadium … leaving some people wondering why “a gay Hollywood liberal [is] sitting next to a conservative Republican president?”

Yes, that was me at the Cowboys game with George W. Bush over the weekend. Here’s the whole story. pic.twitter.com/AYiwY5gTIS

Ellen says she took a lot of heat on social media from people who were angry over the affiliation … so she took to her show on Monday to explain herself. 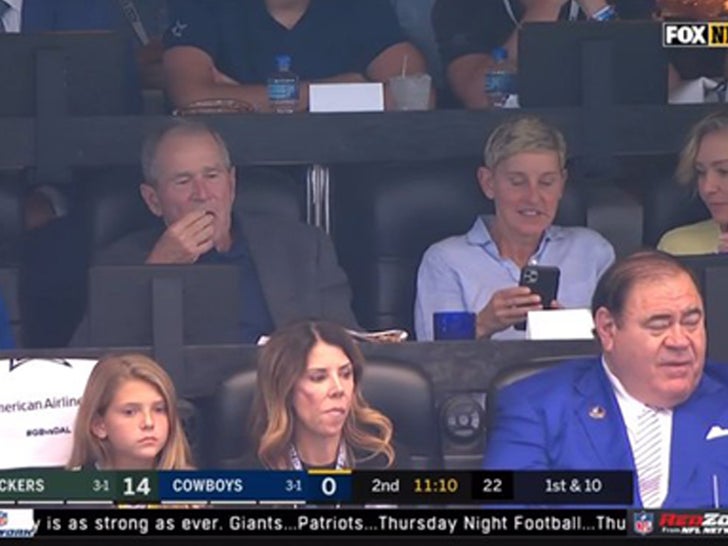 “Just because I don’t agree with someone on everything doesn’t mean I’m not gonna friends with them.”

Ellen says she and her wife, Portia de Rossi, were invited to the game by Jerry Jones’ daughter, Charlotte Jones … and the most difficult part about the experience was trying to secretly root for the opposing team.

The good news for Ellen … the Pack beat the snot out of the Cowboys on Sunday in a 34 to 24 victory.

Think Jerry will invite her back?