The homeless opera singer is already on her way to booking gigs and belting out her song to the back row — playing a gig for proud Italian-Americans in L.A. … and killin’ it.

Emily Zamourka — who went viral from a video of her crooning in a subway — performed Saturday evening in downtown San Pedro for the Historic Little Italy Sign Unveiling & Festa … which was flooded with reporters and cameras who wanted a glimpse of the soprano.

She did her thing — which apparently consists of just one Puccini tune for now, not that there’s anything wrong with that — and got a roaring applause from the audience.

The #subwaysinger plays #SanPedro to a large crowd and an international audience. Outlets from around the world came to cover the performer who has touched hearts and is giving a voice to the homeless @CBSLA #CBSLA #SubwaySoprano pic.twitter.com/oBYmUSYpXE

Afterward, she thanked everyone for having her out and did a few interviews with local media. Record producer Joel Diamond was on hand as well, telling people he was planning to do great things with Emily after getting her on an EDM/opera crossover song of his. 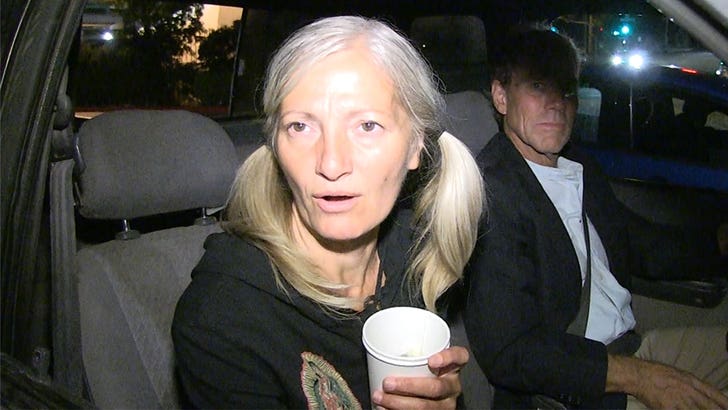 The whirlwind of attention seems to be coming at a manageable pace for Emily — she conveyed that much to us in a one-on-one interview Friday night … revealing how she was dealing with all the offers, and what exactly she’s looking forward to now.

She also dished on why she hasn’t accepted any new violins from people who’ve offered … telling us she’s waiting for one special instrument to fall in love with again.

In the meantime, it seems Emily’s riding out her 15 minutes and making the most of it … one show at a time. Here’s hoping it works out — like they say, she’s got the gift.

Emmanuel Acho will host The…

Eliza Dushku announces that she…

The Bachelor: Emmanuel Acho to…