Emily Zamourka — aka the homeless opera singer — has no problem with the title that’s brought her viral Internet fame, because it’s also why she’s now considering multiple offers that could get her off the streets.

We got Emily Friday night outside NBC’s L.A. studio, and she revealed she hasn’t signed on the dotted line yet to record with anyone.

TMZ broke the story … she got an offer for studio time with producer Joel Diamond — but watch the video. Sounds like Joel might have to get in line.

EZ became a sensation after an LAPD officer recorded her singing Puccini in a subway station. She told us she’s not offended by people referring to her as the homeless opera singer because it’s true … and she’s not trying to hide her current circumstance. She also made it clear, she’s ready for that to change.

Since going viral, GoFundMe pages have been started for Emily, she’s done interviews, received industry offers and, as we reported, she also impressed the hell out of Kristin Chenoweth! 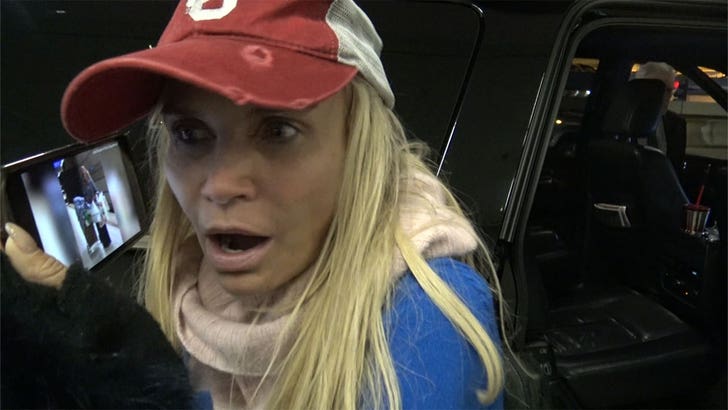 Emily said she was blown away by Kristin’s reaction to her singing.

One other bonus from all this attention has to do with EZ’s violin. She says her $10k instrument was stolen years ago — and it’s a major reason why she went homeless. She’s had a few offers to replace the violin, but you gotta see her explain why she’s yet to accept any of them. She also has a message for the guy who made off with her violin

As for being homeless, there’s been a change — at least for now — and Emily thanked some special people and organizations for opening their doors to her.