Drake took some money out the grave and shoveled it in to his new place in the 6, sparing no expense for a serenade on the John … as you can see in this tour through the interior.

Champagne Papi’s monster estate in his home country appears to be just about completed, based on these photos and video TMZ obtained … which give a nice little tour through the interior and shed some light on what exactly Drizzy and his guests can expect.

Spoiler alert … the highlight here might very well be a musical toilet that starts playing soothing ambient sounds once it opens (automatically). Unclear if there’s an off button for those who wanna crap in silence though … one can only hope, right??? There’s also a sweet lounge/living room area that appears to come fully equipped with a bar, as well as a towering personal closet with rows and rows of drawers and dressers … not to mention the full-size, custom OVO basketball court we’ve been waiting to see in full.

It would seem Drake’s pad is almost ready to be moved into and enjoyed — just a few weeks ago … Drake received official approval from the city for taller-than-usual fences.

His team argued that the rapper needed the 4.4 meter-high walls for security concerns — and to the chagrin of some neighbors in his Bridle Path hood … he got the A-OK. 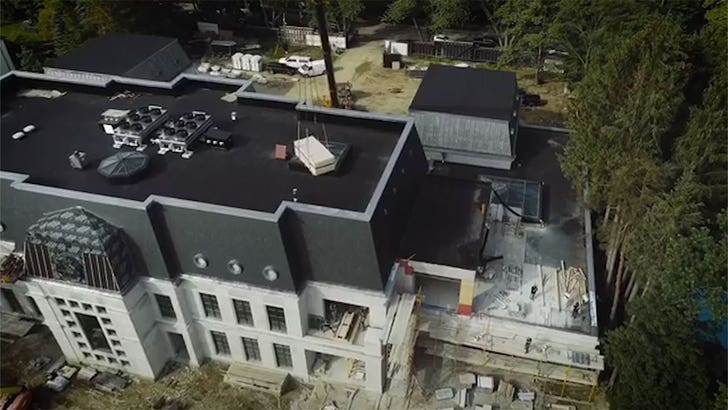 Considering we’ve documented the construction of the estate since last year — it’s nice to see it finally come to fruition. The question now … when’s the house-warming party???