Jeff Bezos just schooled an All Lives Matter supporter with a crash course on Black Lives Matter … because lots of people apparently still don’t get the point.

The Amazon honcho says he got an email from a customer complaining about his company’s support for #BLM … and his response breaks down the movement pretty well for the misinformed yet to come around. 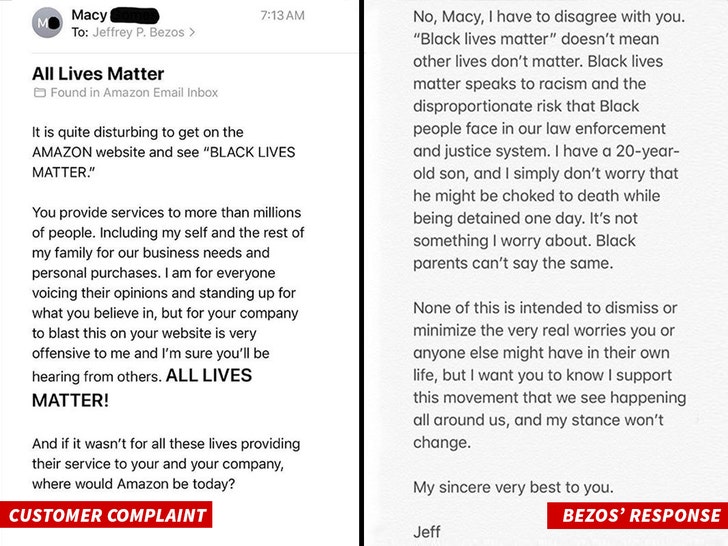 As you can see … the upset customer, Macy, was triggered when she went to Amazon’s website and found a banner message explaining the company’s commitment to #BLM and what it’s doing to stand in solidarity with the black community.

Macy hit Jeff with the usual All Lives Matter talking points … saying she’s all for people voicing their opinions and standing for what they believe in, but then added she feels disrespected by Amazon’s BLM support.

Jeff eloquently explained to Macy why he disagreed … saying BLM doesn’t mean other lives don’t matter, and it’s really about the “racism and disproportionate risk that Black people face in our law enforcement and justice system.” 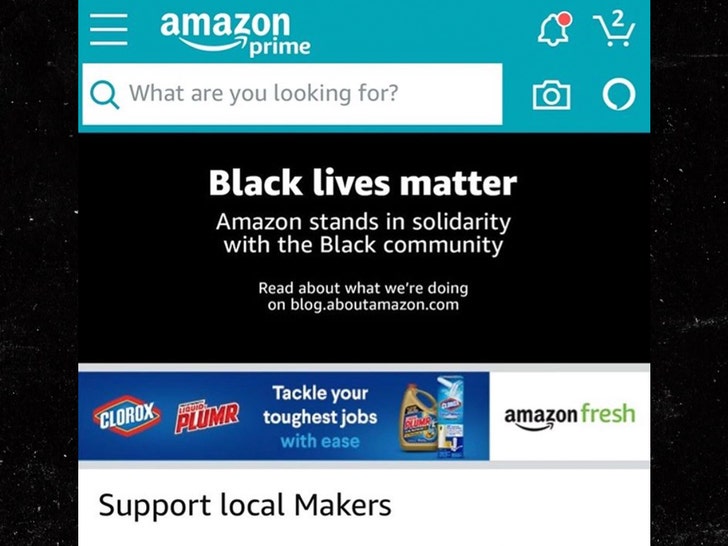 Bezos goes on to say he doesn’t worry about his own son being choked to death in police custody … something he points out black parents can’t say.

Jeff also tells Macy BLM is not “intended to dismiss or minimize the very real worries you or anyone else might have in their own life” … and says her email won’t change his views.

President Trump Says its a…

Kardashians Fire Back at Blac…