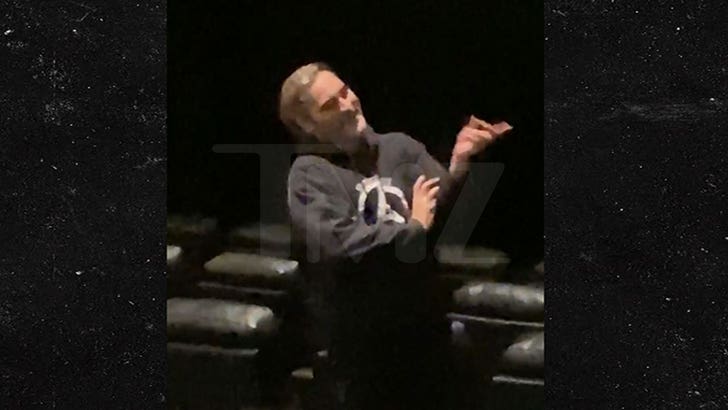 “Joker” screenings were met with angst this weekend — but what do you when the actual Clown Prince of Gotham himself crashes your sesh??? Ask him to laugh, of course!!!

That’s exactly what happened Saturday evening at a movie house in the San Fernando Valley — with none other than Joaquin Phoenix himself coming out to greet ticketholders after the credits rolled for a 5:15 PM showing out at Pacific Theaters in Chatsworth.

The actor was making the rounds at different L.A. cineplexes, apparently — posing with fans and shaking hands — but at this one … he got a little stage fright when asked to do his tormented Joker laugh from the film. If you haven’t heard it yet … ya gotta go see it. 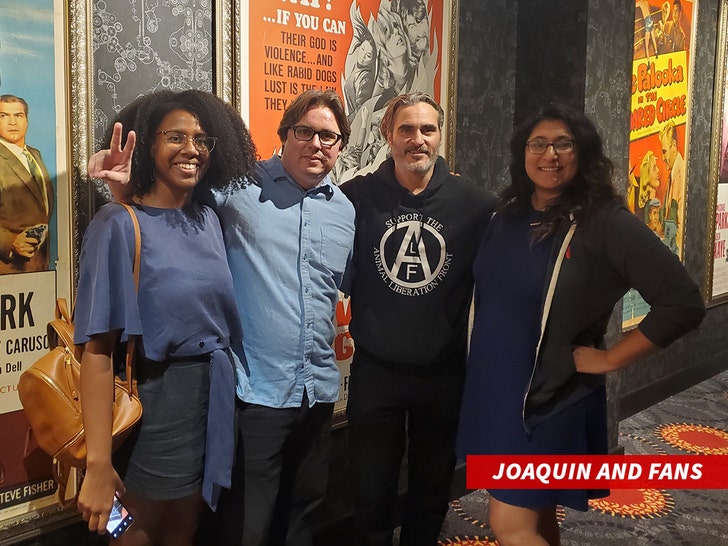 Watch … Joaquin seems to almost half-attempt it here but pulls back — saying he just can’t do it and then asking the audience member to do his own version. The guy couldn’t either.

Not sure we can blame JP for not being able to recreate the half laugh-half cry on the drop of a hat … it’s probably one of those things you hone in on once, and then let it go. Either way, Joaquin was a good sport … and also, quite grateful for the support.

Of course, the movie was met with tons of criticism from the media and public alike … with many concerned that it glorifies violence, and could spur another mass shooting.

Luckily, nothing like that happened at any screenings thus far — and even more surprising … people flooded to theaters to see it, helping set an October domestic box office record.