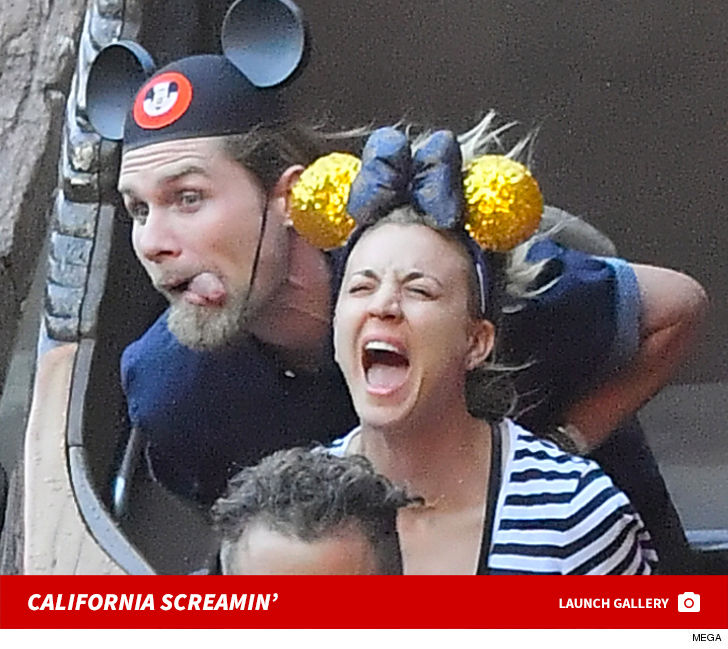 Kaley Cuoco took a break from saving wild animals to party like one ahead of her 33rd birthday.

The “Big Bang Theory” star threw on some Mickey Mouse ears Sunday and hit up Disneyland to kick off her birthday week. She turns 33 on Friday and brought a bunch of friends and family members to celebrate early.

Kaley was there with her hubby, Karl Cook, who had a pretty sweet tongue-wagging pose for the camera on the way down Splash Mountain. Kaley screamed her ass off. Can’t blame her … it’s a steep fall.

It’s been an eventful week for Kaley already. As we reported … she tried her best to save a distressed baby sea lion while spending the first Thanksgiving with her in-laws in Santa Barbara. 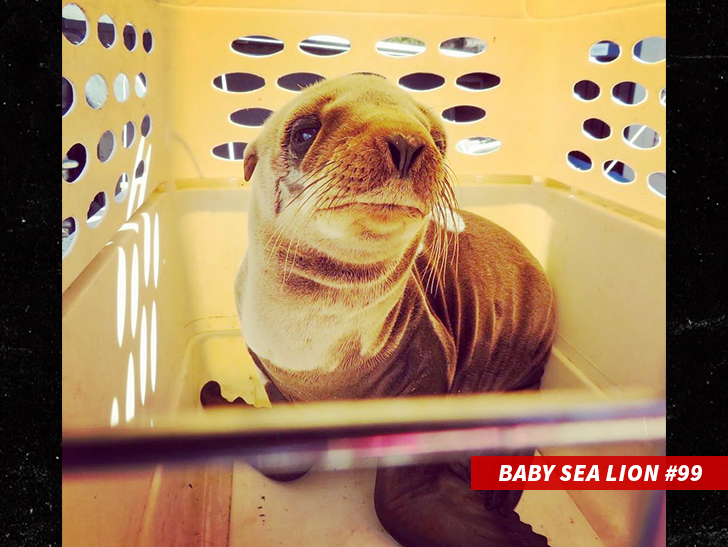 The pup ultimately got back in the ocean and turned up 7 miles south of where Kaley initially spotted it. The good folks at Channel Islands Marine & Wildlife Institute — which dubbed the sea lion #99 because it’s the 99th sea lion it saved this year — found the pup and it is now in rehab.