Both fighters have been dying to get a shot at the welterweight champ Tyron Woodley — and it seems the winner of the proposed January 19 bout would get their wish.

TMZ Sports talked to Usman … who tells us Dana called this week and made the offer.

Kamaru ain’t exactly confident the fight will actually happen … saying Colby has refused to accept the match on 4 other occasions in the past.

So yeah, Kamaru and Colby hate each other … and straight-up, Usman says Covington is scared.

If he accepts, Usman vs. Covington would join a bunch of solid fights on the first UFC event on ESPN — including Paige VanZant vs. Rachael Ostovich and Greg Hardy vs. Allen Crowder.

Covington’s last fight was also against RDA — Colby scored the “W” in a 5-round decision at UFC 225 back in June.

After the fight, Colby underwent surgery to correct a nasal issue. He visited Trump at the White House in August and took a pic with POTUS while Donald held the UFC interim welterweight championship belt over his shoulder.

We reached out to Covington for comment … so far, no word back. 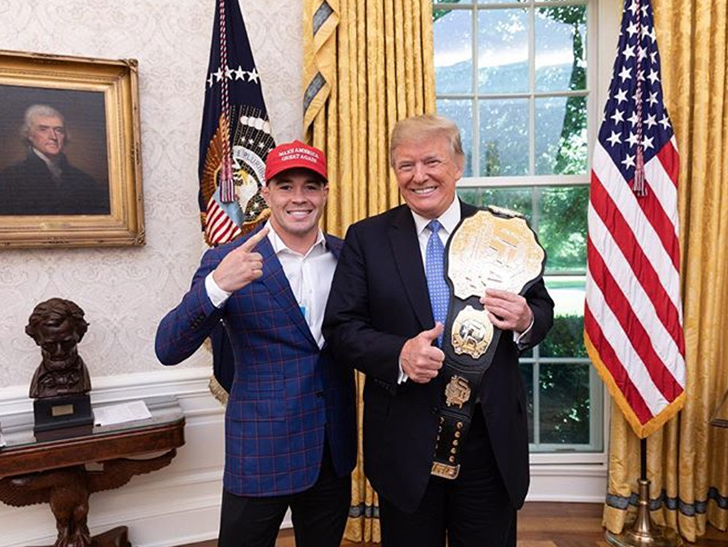