Kawhi Leonard is REALLY embracing the Hollywood life now that he’s an L.A. Clipper — because his new workout partner is ARNOLD SCHWARZENEGGER!!

The NBA superstar hit up the legendary Gold’s Gym in Venice Beach on Tuesday … where Arnold was ripping off a set of 1-arm preacher curls.

The two were seen chatting it up in the gym while a camera crew captured the entire interaction. Unclear what the guys were filming, but they looked like they were having fun. 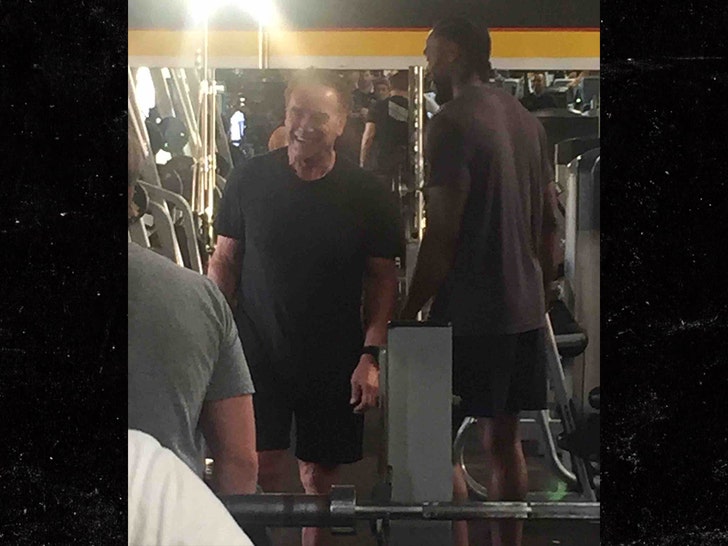 Fun Fact: The Gold’s Gym in Venice is the ORIGINAL Gold’s Gym … made famous in the 1977 bodybuilding flick, “Pumping Iron,” which featured Arnold in all of his shredded glory.

So, does this mean Ahnald roots for the Clippers over the Lakers this year?! Not so fast …

Remember, back when Bron signed with the Lake Show, Schwarzenegger made a pump-up video for King James straight from his gym.

Arnold and LeBron seem to have a lot in common these days … they’re both stinkin’ rich, they’re both crazy gym rats and they’re both into rebooting classic movies!

James just completed “Space Jam 2” and is reportedly working on a reboot of “House Party.”

Meanwhile, Arnold just wrapped up another ‘Terminator’ movie … set to be released in the next few weeks.

The Bachelorettes Clare Crawley and…