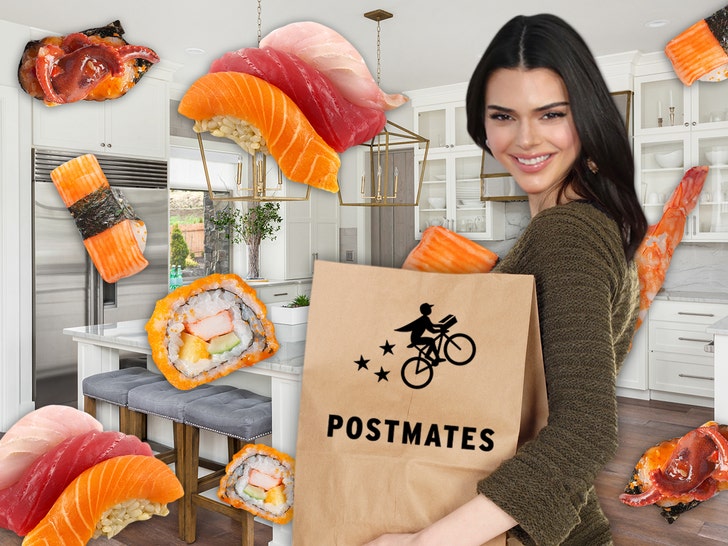 Kendall Jenner is just like the rest of us, she orders from Postmates and she loves sushi … but we’re pretty sure she opens up her wallet juuuust a bit more than you. Okay, a LOT more!!!

Kendall is one of Postmates’ most dedicated customers … because the company tells us she started getting deliveries way back in 2015 and she’s since dropped more than $10,000!!!

The supermodel’s placed orders across 14 cities, getting the goods from 95 different businesses, and her 5 most expensive orders have all come from the same spot … Matsuhisa.

Kendall loves the sushi joint so much, she’s racked up a $1,219 Postmates bill from the restaurant alone, and her largest Matsuhisa order came in at just under $600!!!

Not a single burger. The model thing checks out.

Kendall is being featured on a Postmates series, The Receipt, which profiles some big spendin‘ celebs dishing on their weirdest requests and favorite orders.

While Kendall’s spending habits seem like a lot, she’s not in the same league as her billionaire little sis … because Kylie Jenner dropped $10k on Postmates in just one year!!!