Latest News
Home /Kristaps Porzingis vs. Vasyl Lomachenko, Who Ya Got? 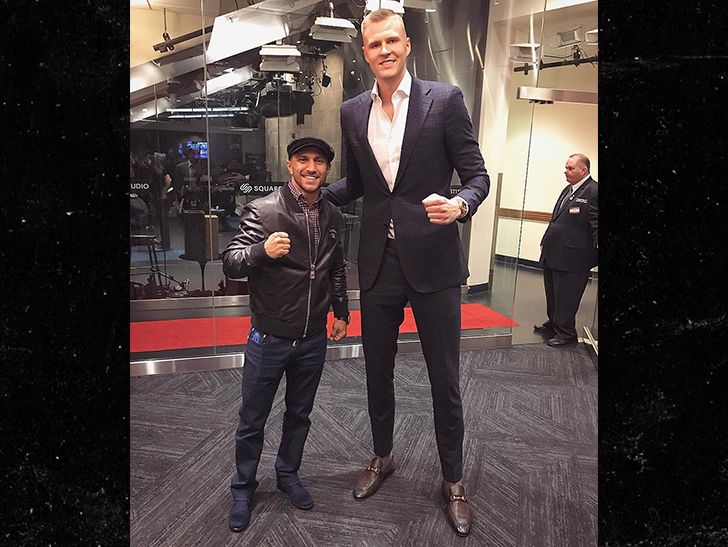 And, when they get together, they look like cover of the “Twins” VHS box.

Lomachenko is gearing up to fight Jose Pedraza on Saturday night in New York — and ran into the Knicks star.

The picture is just fun to look at, but it begs the question … be honest — who wins in a street fight?

Obviously, Porzingis has the size and strength — but Lomachenko is a beast … the best pound-for-pound fighter on the planet and a legit boxing savant.

If the two squared off in an alley … KP would have to try to smother Loma — and the challenge for the boxer would be trying to hit Porzingis in a spot that would actually cause damage.

We’ve seen Porzingis show off his fighting skills before — getting into it with Marquese Chriss during an NBA game back in 2016. He’s definitely got some fight in him …

Lomachenko is 11-1 as a pro — and Joe Rogan once said, “He might be the best boxer who’s ever lived.”

He’s a 2-time Olympic gold medalist and a champion in 3 different weight classes.