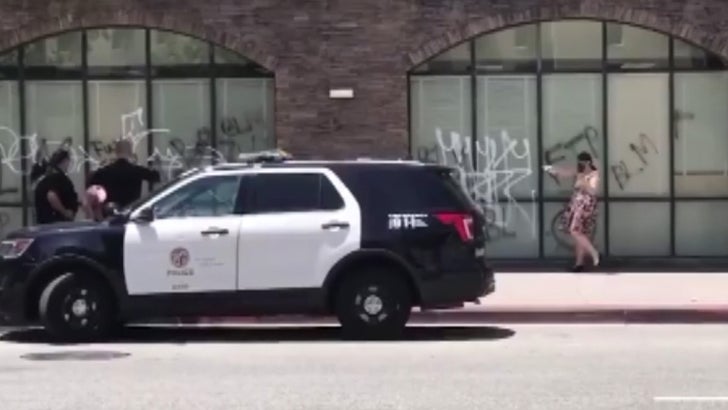 11:42 AM PT — Sure enough, this too is now being investigated. We’re told LAPD is aware of the video and they’re looking into what went down here.

A white woman tagging ‘BLM’ graffiti on a building was egged on by none other than cops from 8-feet away … who seemed to be telling her to include the name of George Floyd.

The video was shot in what appears to be downtown Los Angeles, where an LAPD squad car is parked up next to a curb alongside a lady who’s going to town with spray paint, tagging “BLM” messaging on the side of a building’s windows … taking up at least 3 panes.

While the person who recorded this was filming from across the street, you can still make out the cops apparently instructing the woman to make sure to include George Floyd’s name in her graffiti … at one point, even seemingly telling her how to spell it correctly.

She heard the message loud and clear, and sure enough … went ahead and tagged “Floyd” on the window as well. The officers are just standing by and watching the entire time. The person who posted this says they were laughing too, but we can’t quite make that out.

In any case, it’s an utter disgrace … regardless of what the context is, which we’re sure LAPD brass will be scrambling to reach for now that this is out. Policemen literally encouraging active criminal activity right in front of their faces — ya can’t excuse it. 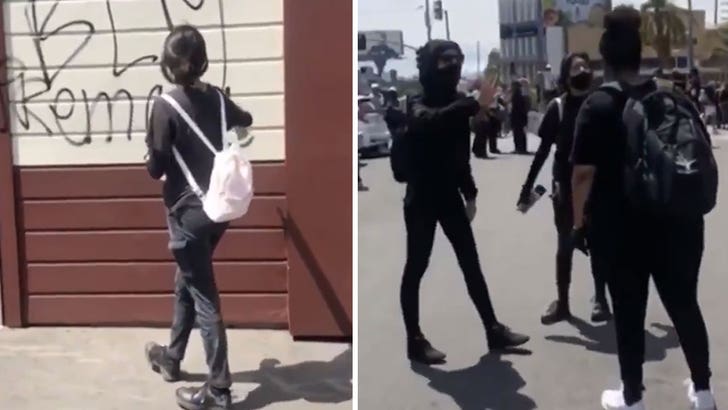 We’ve seen “bad actors” screwing with the protests and hijacking the message under the guise of justice — but this takes it to a new level. Some cops appear to be in on it too.