The L.A. County Dept. of Public Health is allowing clinics to throw unused vaccines in the trash rather than inoculate thousands of residents who are desperate to get the shot, and it has enraged at least one county leader who is on a mission to reverse this insane policy.

L.A. County Supervisor Janice Hahn is reacting to a story TMZ broke last week, where a clinic administering the vaccine to health care workers ended the day with 150 unused vials of the COVID vaccine that were about to spoil … because a huge number of people who signed up were no shows.

The clinic — the Men’s Health Foundation in Inglewood — contacted people who were not on the priority list but desperately wanted the vaccine, and these folks got the remaining doses. Incredibly, that runs afoul of the County Health Dept’s guidelines, which say ONLY people on the priority list should be vaccinated, EVEN IF THE VACCINES WOULD OTHERWISE END UP IN THE TRASH.

We worked this story for 4 days, and went back and forth with the Health Department, which never gave us an answer to our question — ISN’T IT BETTER TO VACCINATE NON-PRIORITY RESIDENTS THAN THROW THE PRECIOUS VACCINES IN THE GARBAGE? We never got an official answer to that question, but sources who were on a call with the Health Dept. tell us they decided they would not take punitive action against clinics that replicated what the Men’s Health Foundation did. But, that’s a terrible solution.

Here’s the problem … the policy still says non-priority people cannot get the vaccine now, so clinics are essentially being told it’s still wrong to vaccinate non-priority residents, even if the vaccines would otherwise go to waste. What’s even worse, the County Health Dept. has NEVER EVEN STATED PUBLICLY THEY WOULD NOT TAKE ACTION AGAINST THESE CLINICS, so the fear is that vaccines are getting thrown in the garbage.

Supervisor Hahn is outraged, and wants the Health Dept. to get with the program and clarify this insane regulation … IMMEDIATELY. 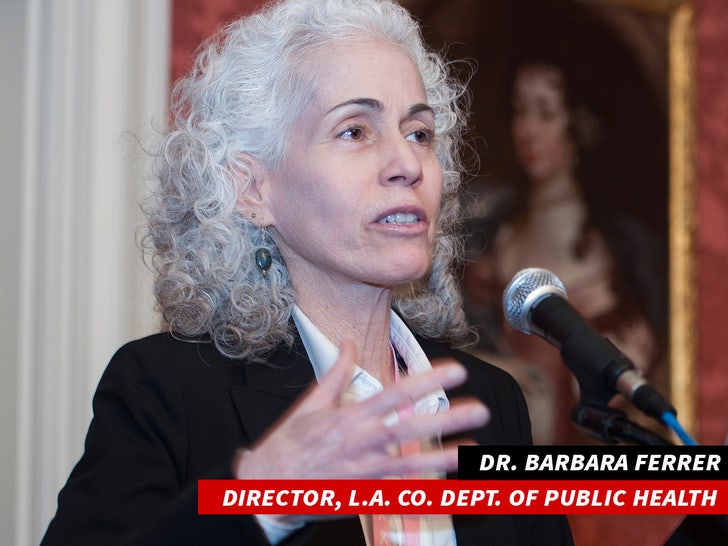 Fact is, the Department, led by Barbara Ferrer, has been utterly unprepared for the vaccine rollout, and folks inside her Dept. are enraged. There was no real plan for vaccinations, despite the fact everyone knew for months the vaccines were on the horizon.

To get real … it defies common sense to throw these life-saving vaccines out rather than create a waiting list for ANYONE when there are unused vials that are no longer frozen and about to spoil.

This is probably an issue all over the country, and it must be addressed now … as in NOW.