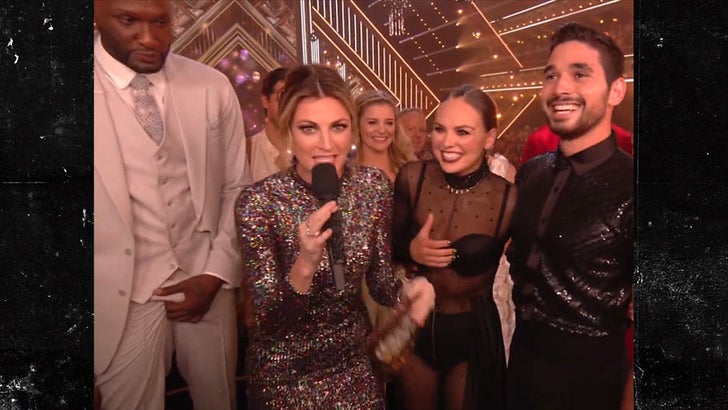 Lamar Odom was feeling a little contained below the belt as he waited on deck at “Dancing with the Stars” — so he made a BIG adjustment … which was caught on camera.

The former NBA superstar grabbed his crotch and aggressively shifted the family jewels Monday night during the live broadcast. The ‘DWTS’ cameras caught ALL the action … to be fair, it was hard to miss … right after Hannah Brown finished her dance.

Towering Lamar paso’d his doble right behind Erin Andrews as she interviewed Hannah. It seems like he didn’t know he was in the frame during his not-so-low-key move.

Not sure we can blame the guy, really — he was wearing a tux, after all … and if you’ve ever worn one, ya know they can get pretty uncomfortable after a while. Not to mention the fact … Lamar is a big guy, so a shift was probably overdue.

Doesn’t look like all the fine-tuning helped him out all that much … Lamar and his dance partner scored poorly in the end after their waltz, getting just a 20 out of 40.

Shame they didn’t score his pre-dance moves — 10s across the board. Or, at least a hard 8.