LaVar Ball is firing back at his ex-BBB business partner Alan Foster … claiming the scathing allegations against LaVar in a new lawsuit are total BBBS.

“Alan Foster’s claims are not only unfounded and devoid of any truth, but are an egregious attempt to turn the attention away from the millions of dollars that he embezzled from the Ball Family and the Ball Family Business,” Ball said in a statement.

“Not only will LaVar Ball and his family continue to vigorously pursue their civil action against Foster seeking civil damages, but will also continue to cooperate with law enforcement in order to seek justice for his egregious actions.”

“The Ball family are all united in relentlessly pursuing Foster for his grave injustices, and will always fight to protect the respected Ball family name, despite Foster’s futile attempt to defile it.”

Foster claims LaVar used company money to fund his own lavish lifestyle — blowing it on cars, furniture and upgrades to the Ball family mansion. 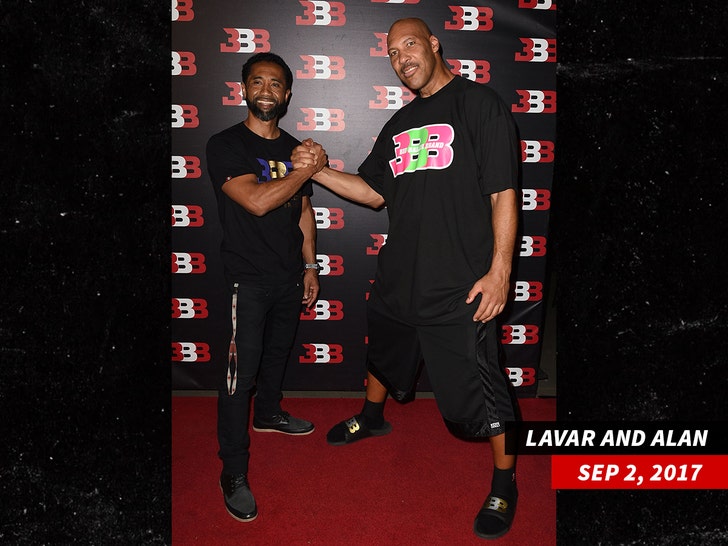 There’s more … Foster reportedly claims that when Lonzo was balling at UCLA, he personally bankrolled the basketball star so Zo could eat and live comfortably in college.

Remember, Lonzo had sued Alan first back in April … alleging the longtime family friend had conned them and swindled him out of more than $1.5 million.

Lonzo accused Foster of orchestrating a “fraudulent scheme” to take money from BBB and divert the money to his personal accounts.

In his suit, Lonzo claimed Foster intentionally got close to his family knowing Lonzo was one of the best basketball players in the country and would likely go on to make millions in the NBA.