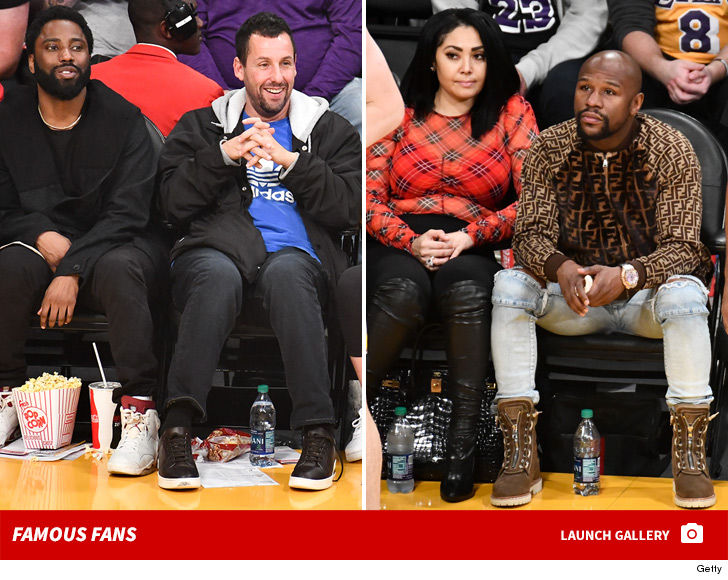 Well, that didn’t take long … LeBron James has already turned the Lakers into the biggest spectacle in Hollywood — ’cause all the stars were out to watch him Wednesday!!

Of course, the regulars like Floyd Mayweather and Denzel Washington were in their usual seats … but Adam Sandler, Benicio Del Toro, Andy Garcia and a whole lot more had to get a glimpse last night.

The King didn’t disappoint … dude dropped 42 points in front of the A-list crowd — and the Lake Show rolled to a 121-113 win over the Spurs.

The bad news for Bron?? The crowd might’ve cost him a future teammate — ’cause before the game, Kevin Durant said the environment LBJ brings to teams can be too “toxic.”

Does having John David Washington, Flea, Ray J and even Alex Bregman sitting feet from the bench qualify?? Maybe.

But, doesn’t seem Bron cares too much — the Lakers are just 2 games back from the West’s top seed!!!!