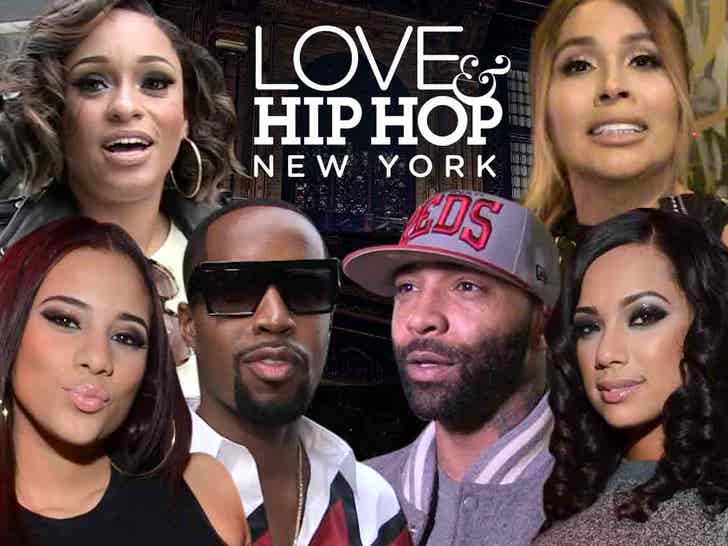 Fans of “Love & Hip Hop: New York” will be ecstatic to hear the show’s coming back, but day-one diehards will really love the fact some Season 1 faves are returning too.

You heard right … Season 10 is actually being shot right now in Brooklyn, according to our sources, and we also got word on who’s been involved. The list includes some OG cast members from Seasons 1, 2, 3, 4 and an assortment of new couples and exes that looks like an all-star roster:

— Joe Budden and Cyn Santana (They’re broken up now, but will be featured regardless.)

— Juelz Santana and Kimbella Vanderhee (Kimbella was also on season 2.)

— Yandy Smith-Harris and Juju C. (She’s been there from the beginning, and Juju since season 8.)

— Safaree and Erica Mena (They’re engaged now, and Mena hasn’t been on since season 8.)

— Tahiry Jose‘s back from seasons 3 & 4. Singer Jennaske is being intro’d for the first time.

Now, here are the big fish that back in the mix — Jim Jones, Chrissy Lampkin and Somaya Reece. Sorry for those who wanted to see Cardi B back, but as we all know … she’s on to bigger things.

You might’ve noticed we didn’t mention Remy Ma or Papoose being brought back for the big 1-0 — and that’s because we don’t know for sure if they are or not.

They made sparse appearances throughout season 9 — and their airtime in general has been reduced over the years — so it’s a good bet they’ll pop-up here and there in season 10.

One more cup o’ tea for you — although shooting just started last week, we’re told tensions are already high, partly because some cast members are holding on to beefs that date back to 2011.

Point is … someone’s gonna throw down. It’s ‘LHHNY,’ after all.

Shaquille ONeal Breaks Down In…

Kobe Bryant Helicopter Did Not…

Kobe Bryant Memorial Could Be…