Lori Loughlin has a very serious legal battle ahead in her college bribery case — but she hasn’t shunned the life of the rich and famous just yet.

The embattled “Full House” star arrived Tuesday at the Bel-Air Country Club … grinning ear to ear as she got out of her vehicle and went inside, donning a pretty swanky outfit that would probably sit well with the members.

She got a bit more serious as she got into motion, perhaps realizing cameras were on hand and capturing her giddy mood alongside her hubby, Mossimo. 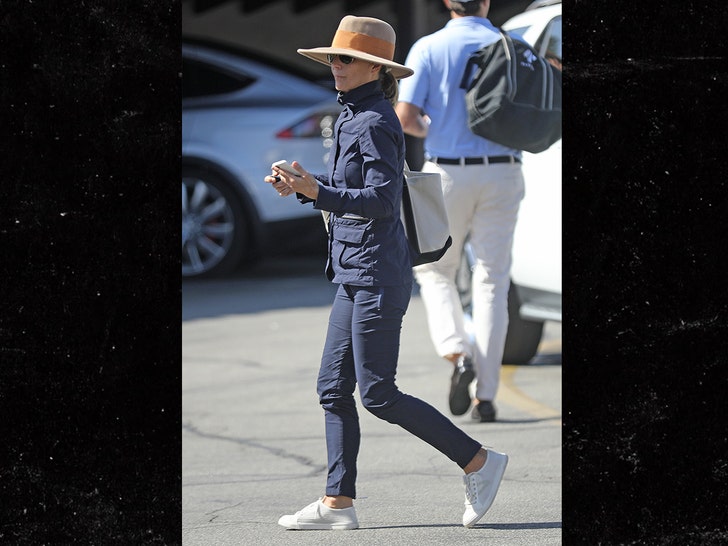 It’s interesting, ’cause Lori appears to be carrying on like normal ahead of her trial … and it would seem she’s still in the good graces of at least some at the Bel-Air Country Club, of which she’s presumably a member as well. This might be telling, actually.

Of course, actress Felicity Huffman — who was also indicted in the scandal — just got her sentence of 14 days in jail a few weeks ago after pleading guilty. It was essentially a slap on the wrist, and a big defeat for the prosecution … who wanted way more time — we’re told they wanted a year minimum, then scaled it down to 4 months and then 1 month.

It’s possible Lori’s feeling confident ahead of her day in court, and can’t help but wear her emotions on her sleeve. Time will tell if she’s got a good hand.

Doctor Who Adds Game of…

Howard the Duck Was Such…