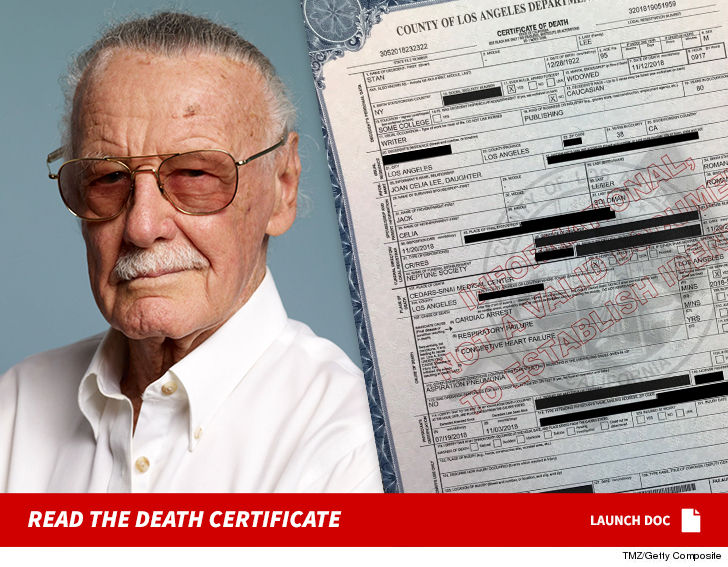 Stan Lee, the creator of much of the Marvel Universe, died from heart and respiratory failure … TMZ has learned.

We obtained Stan’s death certificate, and it lists heart failure and respiratory failure as the cause of death. It also says he suffered aspiration pneumonia — which is when you inhale food, stomach acid or saliva into your lungs. According to the document, 95-year-old Lee died Monday, November 12 at 9:17 AM at Cedars-Sinai Medical Center in Los Angeles.

TMZ broke the story … an ambulance rushed to Lee’s Hollywood Hills home earlier this month, and he was brought to Cedars-Sinai.

The certificate says he was cremated and his ashes returned to his daughter. His occupation was listed as a writer in the publishing business. 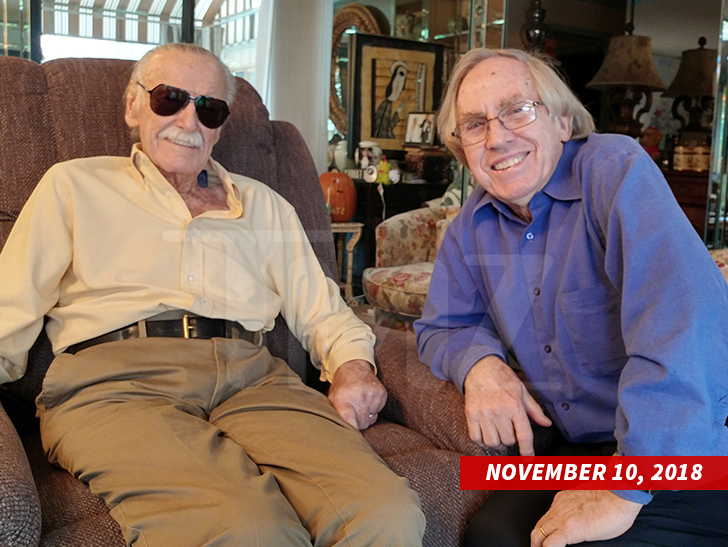 Stan was smiling and cheerful Saturday, November 10 during what would be his final sit-down with his protege, comic book writer Roy Thomas.

Stan had been battling several illnesses over the past year, including vision issues and a bout of pneumonia.

Stan launched Marvel in 1961 with the Fantastic Four and the comic book giant went on to spawn Spider-Man, The Incredible Hulk, Iron Man, X-Men, Black Panther and The Avengers. 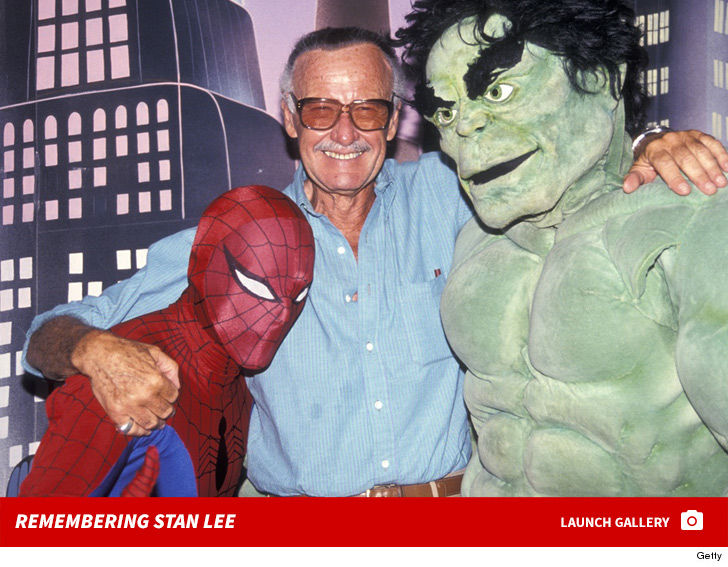