8:56 AM PT — The NFL has suspended Myles Garrett without pay for the remainder of the 2019 season — including playoffs — as a result of the helmet attack.

“The Pittsburgh Steelers and Cleveland Browns organizations have each been fined $250,000 and three players — Cleveland’s Myles Garrett and Larry Ogunjobi, and Pittsburgh’s Maurkice Pouncey — have been suspended without pay for their actions in Thursday night’s game.”

“Garrett has been suspended without pay indefinitely — at a minimum for the remainder of the regular season and postseason — and must meet with the Commissioner’s Office prior to a decision on his reinstatement. He was also fined an additional amount.”

“Garrett violated unnecessary roughness and unsportsmanlike conduct rules, as well as fighting, removing the helmet of an opponent and using the helmet as a weapon.”

“Pouncey has been suspended without pay for three games and fined an additional amount for fighting, including punching and kicking an opponent.”

“Ogunjobi has been suspended without pay for one game and fined an additional amount for unnecessary roughness, specifically for shoving an opposing player to the ground during an altercation.”

“Additional discipline for other players will be forthcoming through the standard accountability process, including those players that left the bench to enter the fight area.”

“Under the collective bargaining agreement, the suspensions may be appealed within three business days. Appeals are heard and decided by either Derrick Brooks or James Thrash, the officers jointly appointed and compensated by the NFL an dnFLPA to decide appeals of on-field player discipline.”

The Cleveland Police Dept. is NOT investigating Myles Garrett for assault stemming from the helmet attack on Steelers QB Mason Rudolph, a spokesperson tells TMZ Sports.

We asked if the CPD was planning to arrest the 23-year-old and we were told quite simply, “No.”

“The person who was hit would have to file a report. There is no criminal complaint filed,” Cleveland PD Public Information Officer Sgt. Jennifer Ciaccia tells us.

The incident went down in the final seconds of the game at FirstEnergy Stadium in Cleveland — when Garrett and Rudolph tussled after a play … followed by Garrett ripping off Mason’s helmet at swinging it at his head.

After the game Garrett spoke about the incident — “What I did was foolish, and I shouldn’t have allowed myself to slip like that,” Garrett said … “It’s out of character.”

“I lost my cool and I regret it,” he added … “It’s going to come back to hurt our team. The guys who jumped into the scrum, I appreciate my team having my back, but it never should have gotten to that point.”

Rudolph also commented … saying, “I thought it was pretty cowardly and bush league.”

“I’m not going to back down from any bully. I felt like I had a bone to pick with him. I appreciate the line always having my back, but I was angry.”

We spoke with “Friday Night Lights” director Peter Berg after the game — and he told us the scene looked like something out of “Game of Thrones.” 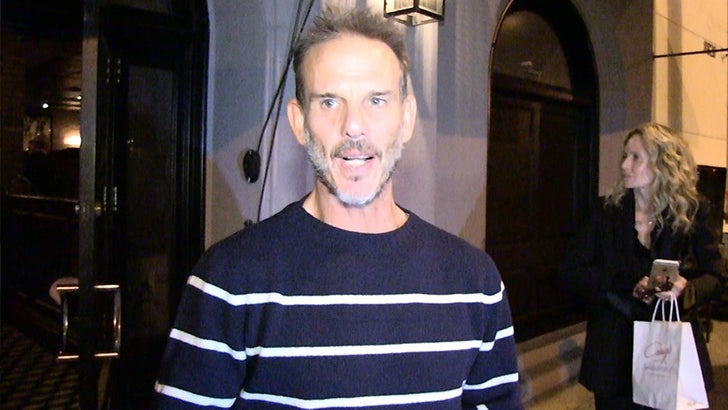 As for punishment, Berg says a 4-game suspension is probably fair.

Other stars, like ex-NFL linebacker James Harrison, seem to be calling for harsher punishment.

“That’s assault at the least… 6 months in jail on the street.. now add the weapon and that’s at least a year right?!” 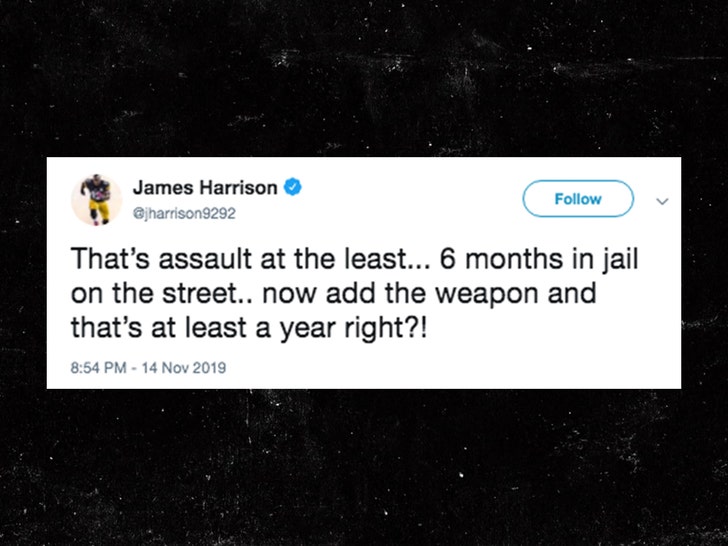