Priyanka Chopra and Nick Jonas have a lock on the award for Most Fun Celeb Wedding Ever — and you’ll agree after seeing this video … it ain’t even close.

The Friday celebration included a Hindu tradition called Sangeet, which is — as Priyanka described it — “a fierce song & dance competition between families.” The video is insane … the Chopras and Jonases put on a full production that looked like a Bollywood set.

The idea is for the families to tell the story of Nick and Priyanka’s romance through musical production. You might think the Jonases had the edge — Nick’s bros were all on stage — but remember, they’re on the Chopra’s turf. 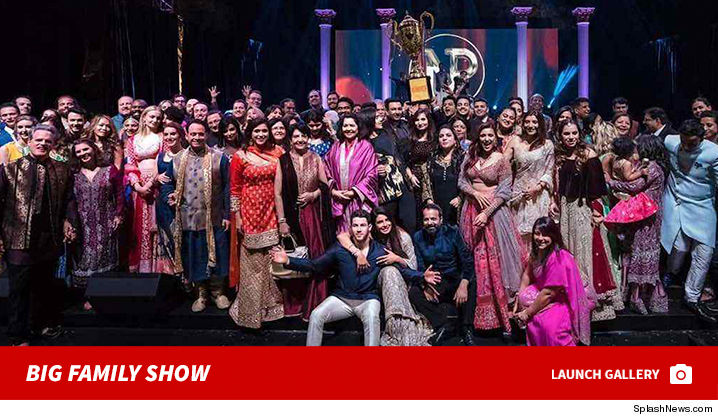 The Sangeet is just the latest stage of a full weekend celebration. Nick and Pri officially tied the knot on Saturday with a traditional Christian wedding ceremony — officiated by Nick’s dad, Paul Kevin Jonas Sr. They had a laugh-riot pre-party for that one, too.

Sunday is for the traditional Indian wedding, and the Sangeet is, basically, the pre-reception for that ceremony.

Neither sides saying who won the competition, BTW. Priyanka says it ended as “a huge celebration of love.” Hard to argue with the bride on that.