Latest News
Home /Penn State Fan Doubles Down On Offensive Letter, Get The Guys Cleaned Up A Penn State fan ain’t apologizing for a letter he sent to a football player that many found offensive … in fact, the guy is DOUBLING DOWN on it, saying, “Get the guys cleaned up.”

In case you missed it … a man named Dave Petersen wrote a letter to Nittany Lions team captain Jonathan Sutherland — begging him to cut his “awful” hair.

“Don’t you have parents or girlfriend who’ve told you those shoulder length dreadlocks look disgusting and are certainly not attractive.”

Sutherland’s teammate tweeted out a picture of the letter … writing, “Explain to me how this isn’t racist.” 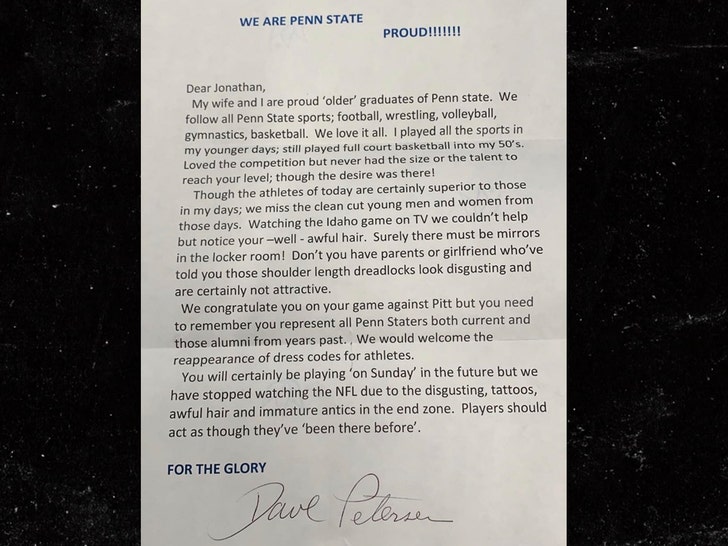 A bunch of Penn State players — both current and former — chimed in blasting the letter as offensive … and even the school got involved, with Sandy Barbour issuing a statement backing the players.

But, Petersen, who was contacted by The Tribune-Democrat on Tuesday, refused to back down from his note … and said he just wants Penn State players to cut their hair.

“I would just like to see the coaches get the guys cleaned up and not looking like Florida State and Miami guys,” Petersen said.

The man — who is reportedly a 1966 PSU graduate — added of his initial letter, “It wasn’t threatening or anything. I was just disgruntled about some of the hairdos that we’re seeing.”

For his part, PSU head coach James Franklin addressed the issue with a three-minute statement Tuesday … backing his players and essentially saying football should be all-inclusive, no matter the ethnicity, religion or hairstyle. 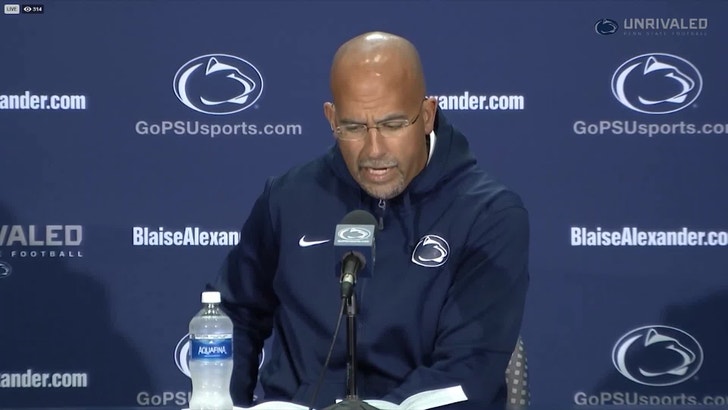