Rivers ends his career with a super impressive resume … he made 8 total Pro Bowls, threw for more than 63,000 passing yards and logged 421 passing TDs.

In fact, some believe the work he put in with the Chargers could eventually one day earn him a bust at the Pro Football Hall of Fame.

As for why Rivers — who had a solid season in his first year with the Indianapolis Colts in 2020-21 — decided to finally call it quits, he said a growing desire to coach high school football helped him make the choice.

“I can sit here and say, ‘I can still throw it. I love to play,'” Rivers said. “But that’s always going to be there. I’m excited to go coach high school football.”

You’ll recall, back in May 2020, Rivers accepted the head football coach role at St. Michael Catholic HS in Fairhope, AL … and got emotional explaining why he took the job. 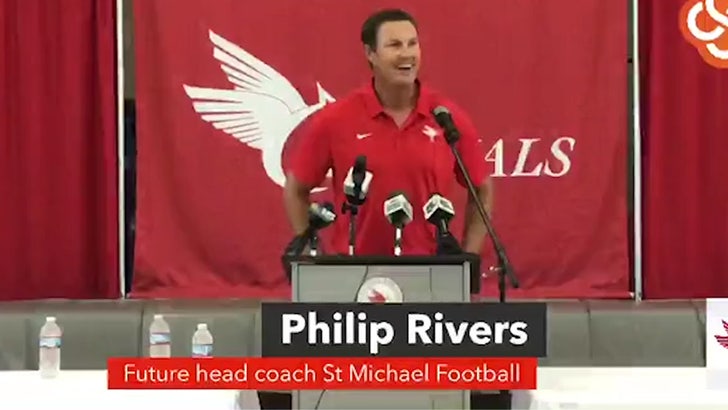 Now, Rivers says he can’t wait to get started molding high schoolers … saying after his retirement, “That’s what I’ve always wanted to do. It’s been growing. I can’t wait.”

Rivers added he’s “100 percent at peace” with the choice to hang up the spikes.

“A young kid from Northern Alabama who grew up wanting to play pro ball,” Rivers said. “I got to do it.”