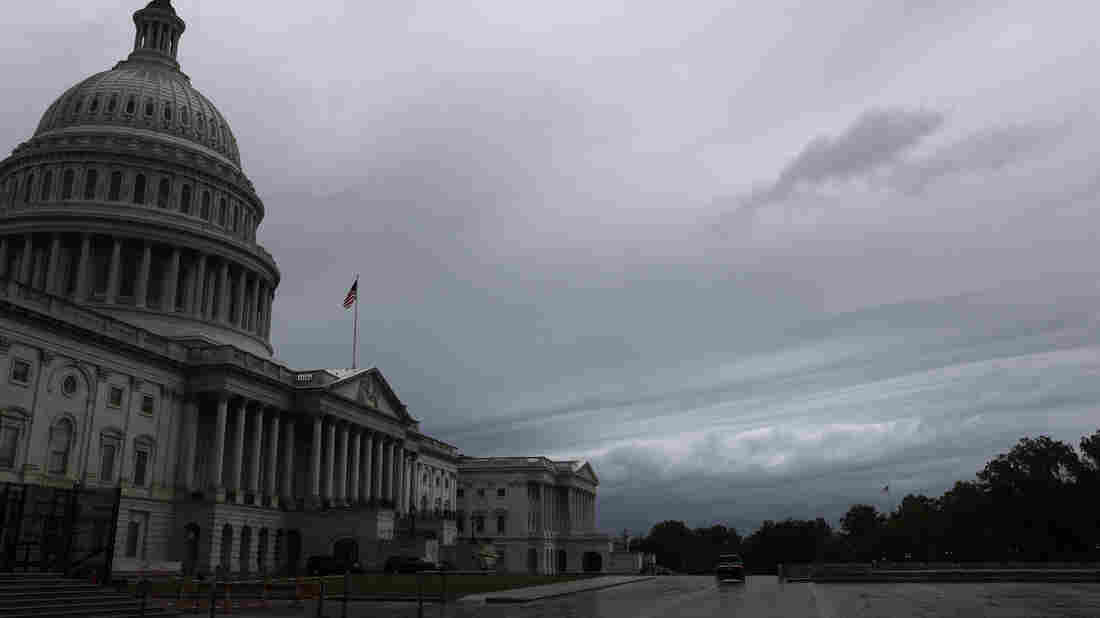 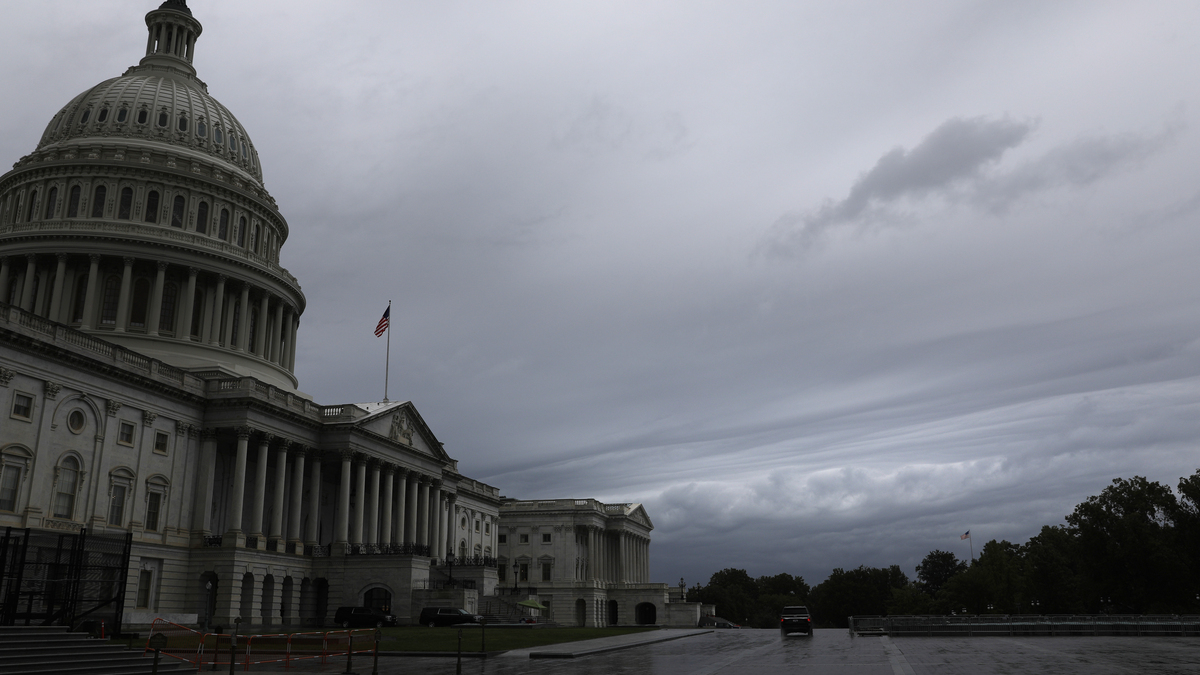 House Democrats are set to launch a new phase of their impeachment inquiry on Thursday when former Ambassador Kurt Volker, until recently a top State Department representative to Ukraine, is scheduled to meet with investigators.

Then, on Friday, the intelligence community’s inspector general, Michael Atkinson, is due on the Hill.

More witnesses are expected next week, all for depositions behind closed doors with members of Congress and their staff.

Democrats say that itinerary and their other actions, including the prospect of a subpoena for the White House itself, show they mean business about the Ukraine affair.

“This is a very serious — a very serious — challenge that the president has put there,” said House Speaker Nancy Pelosi, D-Calif. “It’s very sad. I don’t see impeachment as a unifying thing for our country. I weighed those equities hard and long until I had the president’s admission that he did what he did.”

Pelosi and House Intelligence Committee Chairman Adam Schiff, D-Calif., told reporters on Wednesday that they’re “not fooling around,” as Schiff put it, and they may be on course to vote on articles of impeachment that could trigger a trial for Trump in the Senate over whether he keeps his office.

Trump appeared to take the Democrats at their word — and said they were trying to short-circuit the will of voters.

“They’re a disaster,” Trump said Wednesday at the White House. “They’re the do-nothing Democrats. They don’t do any work. All they want to do is try and win the election in 2020, so they come up with this impeachment nonsense.”

The president excoriated what he called Schiff’s “treason” and dishonesty and called for him to resign from Congress.

More broadly, Trump said, Democrats have harried him since his election by “wasting everyone’s time and energy” with what he called nonsense — although Trump used an expletive in his post about it on Twitter.

The Do Nothing Democrats should be focused on building up our Country, not wasting everyone’s time and energy on BULLSHIT, which is what they have been doing ever since I got overwhelmingly elected in 2016, 223-306. Get a better candidate this time, you’ll need it!

At a press conference Wednesday, the president responded to a question about Democrats’ subpoena threats by saying, “Well, I always cooperate.” He then repeated his criticism of Pelosi and Schiff and suggested he was done disclosing accounts of his conversations with foreign leaders.

Trump had earlier said he’d be open to releasing an account of a previous call he had with Ukraine’s president and one involving Vice President Mike Pence.

Pelosi’s casus belli is Trump’s July 25 conversation with the president of Ukraine in which Trump asked him to investigate the family of former Vice President Joe Biden.

Democrats call that an abuse of power and want to know more about what took place beforehand.

An anonymous whistleblower wrote in a complaint via Atkinson’s office that someone in Trump’s camp had primed people close to President Volodymyr Zelenskiy about the need to “play ball” with Trump.

Investigators want to know whether such a message truly was delivered and if so, what it was and by whom. That’s why they’ve called Volker and other State Department officials, including a former ambassador to Kyiv who is scheduled to appear with other witnesses next week.

If Democrats could confirm that someone in Trump world told the Ukrainians that military assistance was being cut off unless Zelenskiy cooperated with a Biden investigation, that may make the case — to them — for impeaching Trump.

The White House halted military assistance authorized by Congress before the Zelenskiy call with no explanation given to agencies in Washington or some leaders in Congress; the support was restored by early September.

The Washington Post reported on Wednesday that Pence played a central part in the Trump world dealings with Ukraine — but people in Pence’s camp also told the newspaper that the vice president didn’t know about the Biden angle.

An end, a middle, but no beginning

Other parts of the story remain unclear.

According to some news reports, for example, Ukrainian officials said they never heard from anyone on the American side that military assistance was being cut off until it didn’t arrive, and even then they didn’t get a full explanation.

If that’s so, does that mean no one from the U.S. actually threatened anyone in Zelenskiy’s camp before the phone call? With no such threat, was there, as Democrats have alleged there might be, a quid-pro-quo with Trump?

The president repeated on Wednesday that his conversation with Zelenskiy was innocent but he did not respond to questions about what, precisely, he wanted the Ukrainian leader to do in connection with the Biden family.

Also unresolved is how much of a role State Department officials played, up to and including Secretary of State Mike Pompeo, and how much of the Ukraine account was held by those formally outside the administration, especially Trump attorney Rudy Giuliani.

Trump and Pompeo acknowledged on Wednesday that Pompeo was on the call with Zelenskiy but didn’t detail how much else he knew or whether the secretary of state found anything objectionable. 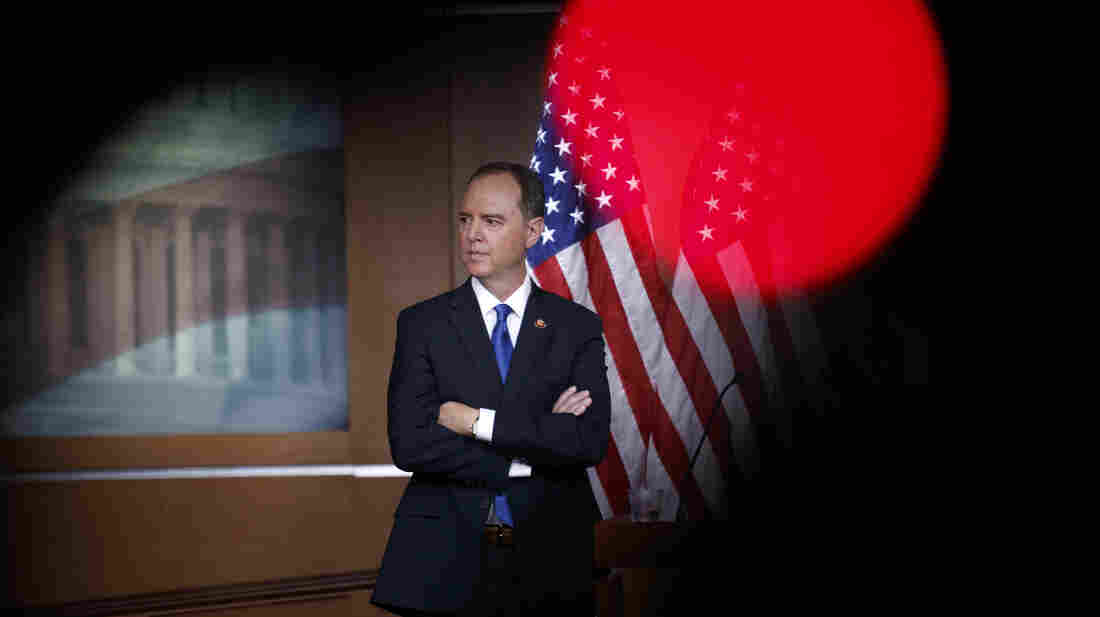 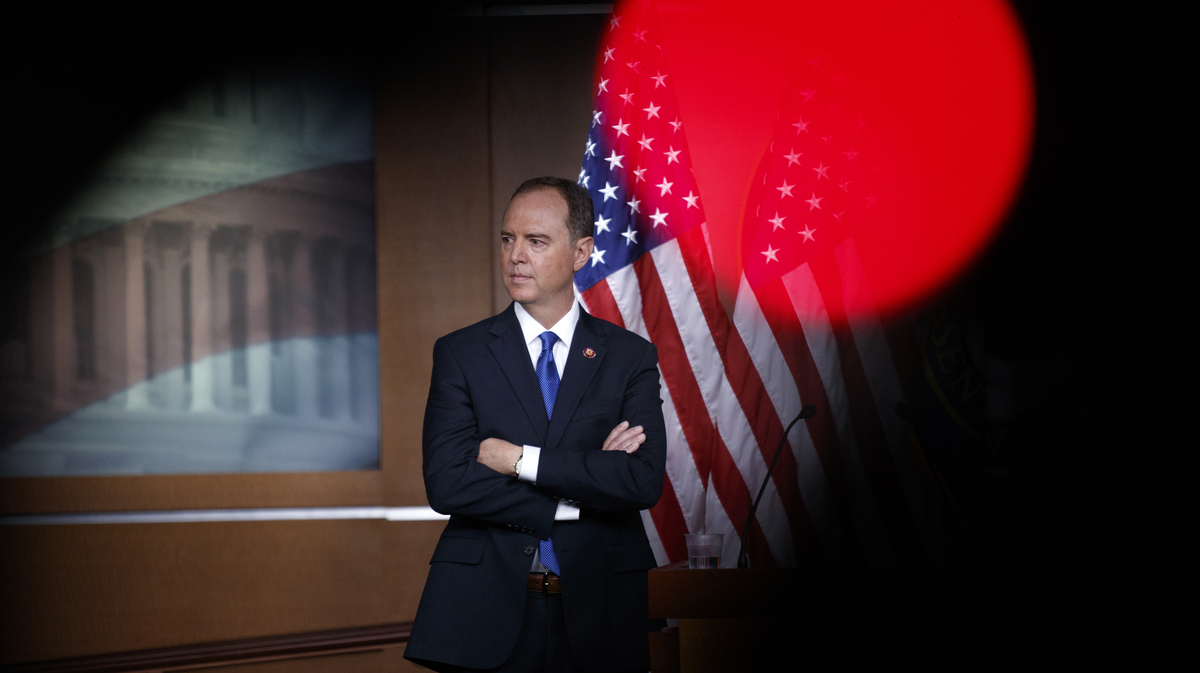 Pompeo and Giuliani both have received requests for information from Congress; Pelosi and Schiff said on Wednesday that they’d cast a wary eye on what they called any attempts by the administration to intimidate witnesses or obstruct their investigation.

Pompeo had said he wouldn’t go along with any attempts to “intimidate and bully” his workers and asked for more time before a former ambassador to Ukraine, Marie Yovanovitch, met with House investigators.

Yovanovitch, who remains in the State Department, was to have gone first on Wednesday; after Pompeo’s objections, her appointment was moved to Oct. 11.

Trump’s allies in the House Republican minority echoed Pompeo’s warnings about what they called misguided haste and overreach by Democrats.

“We have serious concerns about Democrats’ abusive targeting of our career foreign service professionals, which would put our nation’s diplomatic interests at risk,” said Ohio Rep. Jim Jordan, the top Republican on the Oversight Committee.

Continued Jordan: “The Democrats are choosing confrontation over cooperation and exploiting their power solely to attack this president and undo the results of the 2016 election.”

All the same, Volker’s deposition is expected to go ahead with lawmakers and staff members on Thursday.

He’s a longtime diplomat who helped broker a meeting between a Ukrainian official and Giuliani that took place earlier this year in Spain.

People in Zelenskiy’s camp who knew Volker from his service in the east asked him to arrange contact in order to advertise the progress that backers said was being made in Ukraine on fighting corruption.

Giuliani, meanwhile, had been working for some time on what he’s said was his job to investigate evidence on behalf of Trump about the Bidens.

If Giuliani took the Ukrainians’ message on board in Spain, he also may have had one for his counterpart — one about the alleged “corruption” involving the Biden family and a now-debunked claim about pressure by the then-vice president in service of protecting his son, Hunter, who was being paid by a Ukrainian company.

The whistleblower complaint describes White House aides saying that Zelenskiy had been briefed before his call with Trump, although the whistleblower writes that he or she doesn’t know how, or by whom.

The official White House account of the call describes the Ukrainian leader mentioning to Trump how eager he is to buy more American weapons for use against Russian or Russian-backed forces in the east. That’s when Trump asks him for a “favor,” leading to his request about the Bidens.

Giuliani and Trump say they haven’t done anything wrong, that the “corruption” allegations about the Bidens merit more inquiry, and that they’ve been acting in concert with the official diplomacy of the State Department.

In view of the deepening complexity of the story and the prospects that it could occupy Washington for several more weeks or months, Giuliani has hired a lawyer, former Watergate prosecutor Jon Sale, to represent him in the Ukraine matter.

He wrote on Twitter that he was preparing to “seek legal redress” against members of Congress and he has continued to air what he calls the case against Biden in appearances on TV.

All the same, Giuliani not only must decide how he’ll respond to the subpoena from the House for his records in the case, but how to respond if lawmakers eventually ask him to testify.

Trump, meanwhile, has turned up the volume on counterattacks against Democrats, including in his remarks to reporters and with posts on Twitter. Pelosi and the majority, he says, are attempting no less than a “coup” designed to take away the power of the electorate.

….People, their VOTE, their Freedoms, their Second Amendment, Religion, Military, Border Wall, and their God-given rights as a Citizen of The United States of America!