Prince Harry showed he’s got his late mother’s moxie — walking through a landmine field just like she did some 22 years ago.

The Duke of Sussex paid homage to Princess Diana Friday in Angola … walking through a minefield on day 5 of his royal tour of Africa. He was there to check out the landmine clearing efforts of The HALO Trust … a charity Princess Di brought a lot of attention to in 1997. 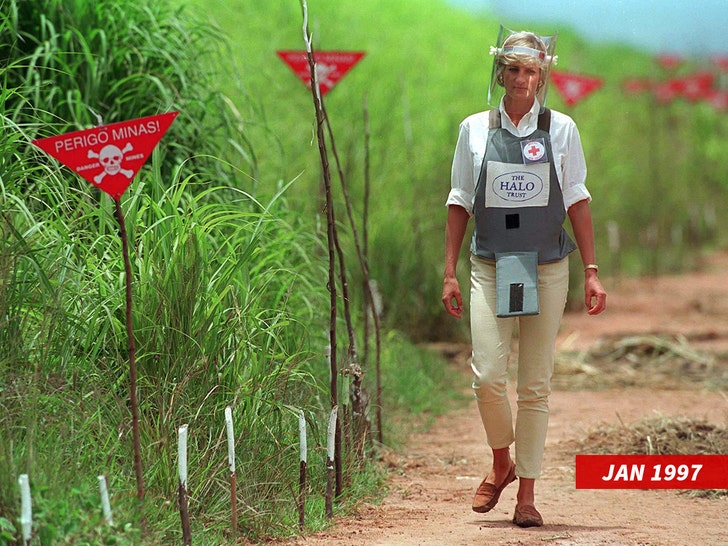 She walked through the exact same minefield back then to bring awareness to the landmine crisis around the globe while calling for an international ban. Two decades later, the area’s been transformed from uninhabitable to vibrant … with colleges, schools and small businesses surrounding it.

Princess Diana spearheaded the Mine Ban Treaty … a call to eliminate all landmines by 2025. Harry had taken up on the cause well before arriving in Angolo to retrace his mother’s steps.

He made a similar tour in Mozambique in 2011, and a couple other visits to Angola years ago. Just like Di, Harry’s goal is a landmine-free world by 2025.