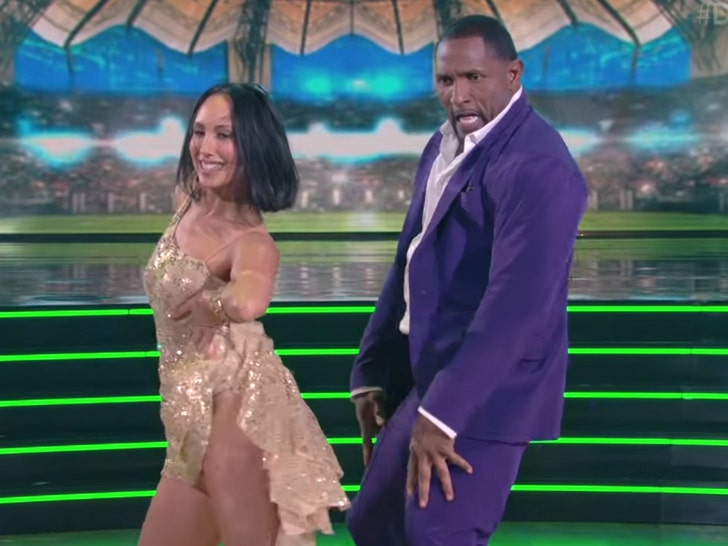 Ray Lewis is OUT of “Dancing with the Stars” — the NFL Hall of Famer suffered an injury while practicing a Cha-Cha .. and his castmates are already sending their love.

The 44-year-old Baltimore Ravens legend and his partner Cheryl Burke were rehearsing for their tribute to “Ferris Bueller’s Day Off” when Ray tore a tendon in his foot … just like he did during his playing days.

Of course, the whole thing played out during the broadcast of the show Monday night — when Lewis revealed he tore 3 tendons in his foot and would need surgery.

“In a game in 2010, I tore a tendon in my foot,” Lewis said on the show … “And, now, all of this dancing, all of this on your toes, I’m reliving a problem that I thought I’d never have to live again.”

“I am having so much fun when it comes to the dancing part. But, the part behind the scenes, it’s just been painful. It’s bothered me a lot.”

“When [the doctor] read that MRI to me today, I knew something was wrong.”

Ex-NFL star — and former ‘Dancing’ champ Rashad Jennings filled in for Ray on Monday night … but he won’t be replacing Lewis on the show for good.

We spotted Ray’s castmate Ally Brooke out in L.A. last night — and she was sad for Ray … telling us, “I hope he feels better!” 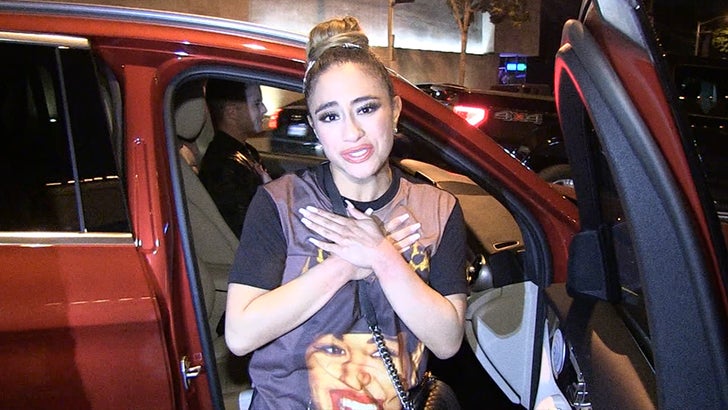 She also sent a special message for the NFL legend and told us she understood that sometimes the ‘Dancing’ regimen can be a real grind.