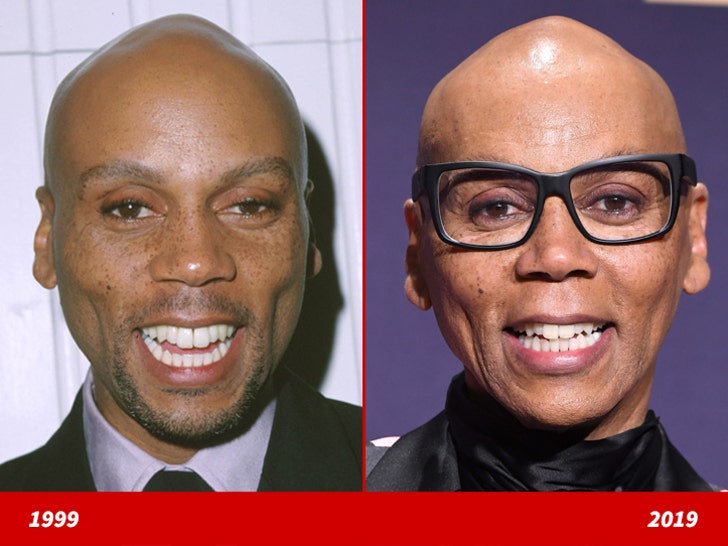 Aging for RuPaul Charles is anything but a drag!

Here is the 39-year-old version of the “Supermodel (You Better Work)” singer at the ASCAP Awards in Beverly Hills back in 1999 (left).

And, 20 years later … the now famous drag queen and host of “RuPaul’s Drag Race” — who is celebrating his 59th birthday Sunday — workin’ some specs after sashaying away with a win from the 71st Emmy Awards in Los Angeles last month (right).

If you can’t love yourself, how in the hell you gonna love somebody else? Can I get an amen?