Get the coffin and start making flower arrangements … ’cause Shaq‘s son says Damian Lillard‘s rap career was just murdered by the NBA legend in their battle this month!!

“My dad bodied Dame Lillard,” Myles O’Neal tells TMZ Sports … “That’s all I need to say. It’s over, he won.”

If ya missed it … Shaq and Lillard have been at each other’s necks the last couple weeks — each releasing TWO rap tracks with a bunch of disses aimed at each other.

It all started after Dame went on “The Joe Budden Podcast” and questioned the NBA legend’s rap skills … which led to Shaq dropping this track a few days later. 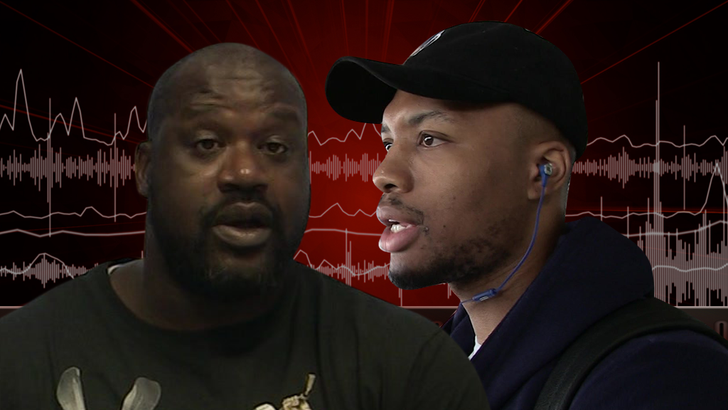 Dame responded twice, and Shaq clapped back … lacing his rhymes with tampon jokes and questions about Lillard’s basketball legacy.

So, when we got The Diesel’s stepson out at Poppy in L.A. earlier this week, we had to ask him to crown a winner — and he said it was his dad, NO QUESTION!!

As for Myles’ advice to Dame after taking the L? He tells us the Trailblazers guard should stick to hoops!!

“Rapping-wise, my dad has platinum records. What do you have? Nothing!”

Kevin Hart recalls getting my…