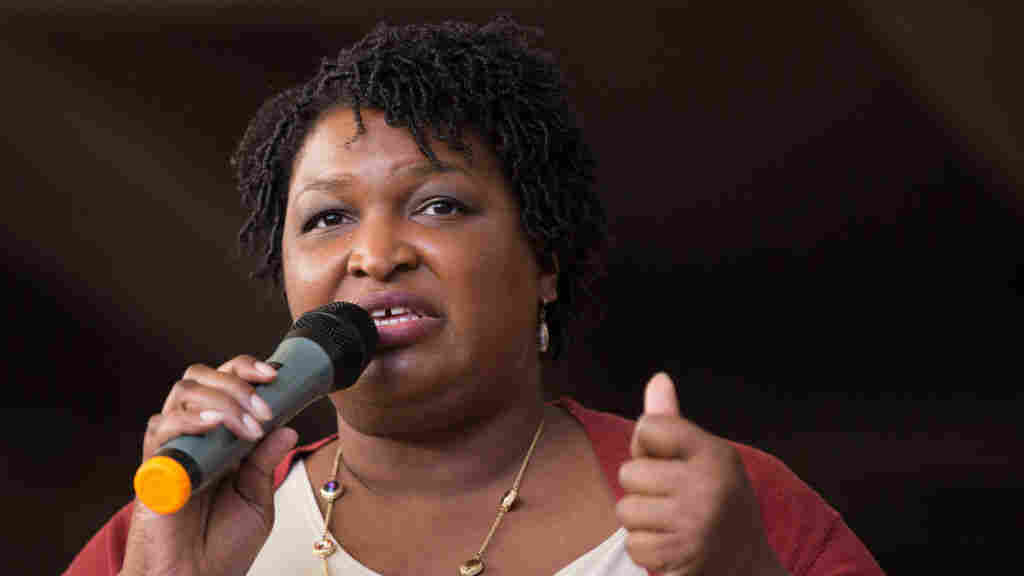 Democrat Stacey Abrams isn’t backing down from her fight against what she calls voter suppression tactics and election mismanagement after losing the Georgia governor’s race. 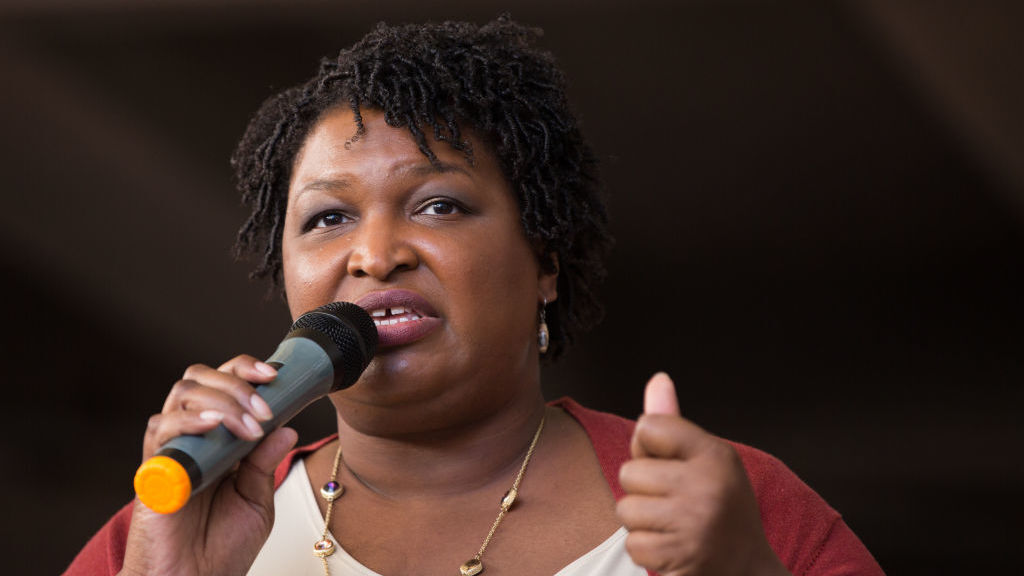 Democrat Stacey Abrams isn’t backing down from her fight against what she calls voter suppression tactics and election mismanagement after losing the Georgia governor’s race.

Democrat Stacey Abrams isn’t backing down from her fight against what she calls voter suppression tactics and election mismanagement after losing the Georgia governor’s race. In fact, Abrams said she experienced the problems in her state firsthand — after nearly being denied a ballot during early voting.

In an interview with Morning Edition host Steve Inskeep, the Democratic gubernatorial nominee said that when she went to vote last month, a poll worker initially told her that she had requested an absentee ballot and couldn’t cast an in-person vote. Abrams replied that she never filed for an absentee ballot, and after a conversation with the site’s manager, the matter was quickly resolved.

“I did it quietly. I didn’t turn it into a major conversation because, for me, it was about getting through the process,” Abrams said. Followed by cameras to the polls, she said kept the snafu under wraps because “I was not trying to embarrass anyone, but I did want it fixed.”

“But it was also emblematic to me of the privilege that I have,” Abrams, who holds a degree from Yale Law School, went on. “I know the law … There are thousands, millions in Georgia who do not know what their rights are and therefore do not know that they shouldn’t have to wait in four-hour lines in the rain with their children. They shouldn’t have to worry about whether they will lose their jobs in order to exercise their democratic right to vote for their leaders.”

The former Democratic state House minority leader, who was vying to become the first black woman ever elected governor in the U.S., ended her campaign Friday after admitting that Republican Brian Kemp would be certified the winner in the governor’s race.

The race had extended for 10 days beyond Election Day, but ultimately her campaign’s efforts to see that provisional and other ballots were counted wasn’t enough to close the gap and force a runoff election next month between her and Kemp. Ultimately, Abrams trailed Kemp by almost 55,000 votes.

But in her defiant speech Friday, Abrams pointedly did not concede — saying that there had been “deliberate and intentional” voter suppression by Kemp, who was Georgia’s secretary of state and top election official until after Election Day, that contributed to her loss. She echoed those sentiments to NPR and said the new governor-elect should be held accountable.

“The totality of the errors made, of the gross mismanagement, of the incompetence — 1.5 million people purged [from voter rolls], 53,000 [votes] put on hold, 3,000 denied the right to register as new citizens, long polling lines, misplaced provisional ballots — the totality of the issues demonstrates that there has been gross mismanagement of our elections,” Abrams said. “I’m not suggesting that I know I would have won, but I am saying that the results were unalterably made less safe and less secure because of the actions taken by the secretary of state.”

An October investigation by public radio journalists found that there was a spike in the number of voters purged from the rolls under Kemp for not having voted in previous elections. Kemp said he was just following the law, and Georgia is one of nine states with a so-called “use it or lose it” policy that allows voters to be removed from the rolls if they don’t participate.

Abrams said she would “speculate” that what she called “gross mismanagement” helped Kemp win. The Republican was criticized for not stepping aside from his post overseeing elections during the campaign and only resigned after Election Day. And he also came under fire for purging voter rolls and rejecting some new voter applications.

“But we don’t know” how much Kemp’s actions contributed “because of how insidious this behavior has been,” Abrams said. “And that is why I was willing to acknowledge that the election is over. Because, given the current state of our laws, this is what is true. But my point is that it was not a fair fight.”

That push for a “fair fight” for all voters is what she intends to pursue through the group she’s launching, Fair Fight Georgia. As she announced Friday, one of the organization’s first moves will be to file a federal lawsuit against the state of Georgia.

“It will be based on thousands of calls that we received from our voter hotline, thousands of complaints that we received, not only immediately, but things that preceded the election. And it will look at the totality of the challenges facing the state of Georgia, from broken machines to voter suppression and voter purges to the actual execution of the election through early voting on Election Day,” Abrams explained.

Kemp has pointed to the record turnout for reasons for hiccups across the state. In fact, when Kemp went to vote, even he ran into a technical issue. In the past, Kemp has said Abrams’ claims of voter suppression were a “farce” and were “all a distraction to take away from Ms. Abrams’ extreme agenda that she has.”

In a statement after Abrams ended her campaign Friday, Kemp said that he and Georgians were “ready to move forward” and shouldn’t “dwell on the divisive politics of the past.” But Abrams pushed back that her call for changes to voting and greater oversight shouldn’t be a partisan issue and that she hopes Kemp supports her group’s efforts.

“There is nothing divisive about calling for justice and democracy,” said Abrams. “That is the core of who we are as Americans. It’s the core of who we are as Georgians. And I would say that my hope is [Kemp] will stand with me to improve the integrity of our elections, to demonstrate that he is a man of goodwill who wants people to be able to cast their votes no matter where they live, no matter who they vote for. And heretofore he has not demonstrated that type of leadership, and my hope is that he will take his own words to heart and will do so in the coming days.”

Abrams has been criticized by Republicans and others for her refusal to concede and for casting doubt on the legitimacy of the result. University of California, Irvine, School of Law professor Richard Hasen wrote in Slate that “Democrats should stop with the rhetoric that the race was ‘stolen’ ” because “rhetoric about stolen elections feeds a growing cycle of mistrust and delegitimization of the election process” — something President Trump himself has done.

But the Democratic politician — who told CNN over the weekend she intends to run for office again — argued that in this case, “it’s necessary to push for integrity in our elections based on the evidence.”

“We have four federal judges who’ve already identified flaws that we’ve laid out. We have a raft of evidence, we have affidavits, we have a court case that will articulate exactly what we are talking about and we do not need to seem or otherwise to manufacture information,” Abrams said. “We’re going to use the evidence of this election and the last eight years to demonstrate not only our cause but the remedy.”