Taylor Swift and her BF are busting out of their usual shells … and it already has fans buzzing there could’ve been a secret marriage — but we think those fans are blind.

Tay Tay celebrated her ‘SNL’ performance Saturday night in NYC by attending the cast after-party at Zuma, and she brought actor Joe Alwyn with her too. The couple — who’ve been dating since 2017 — rarely do public appearances together, but they were all PDA’d up as they entered the party. 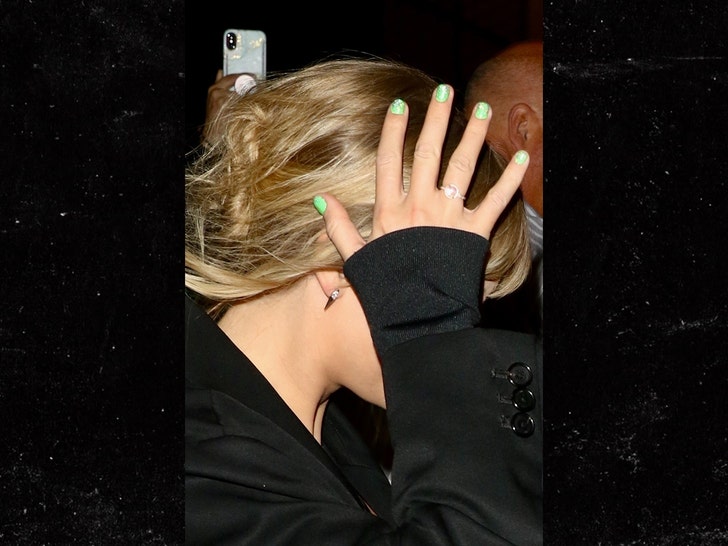 Joe and Taylor were hand-in-hand, but fans noticed a new diamond ring on Taylor’s free hand. Cue the Internet speculation from Swifties that their hero is engaged or even … already married!!!

Only problem with that theory is the ring is on Taylor’s right hand, NOT her left. It’s possible Joe and Taylor are changing all the rules, we guess. But, let’s keep it real … Taylor strikes us as more of a traditional.

Sorry, Swifties. But, uhhh … she was good on ‘SNL.’ How ’bout seeing “False God” live for the first time? That counts for something, right?