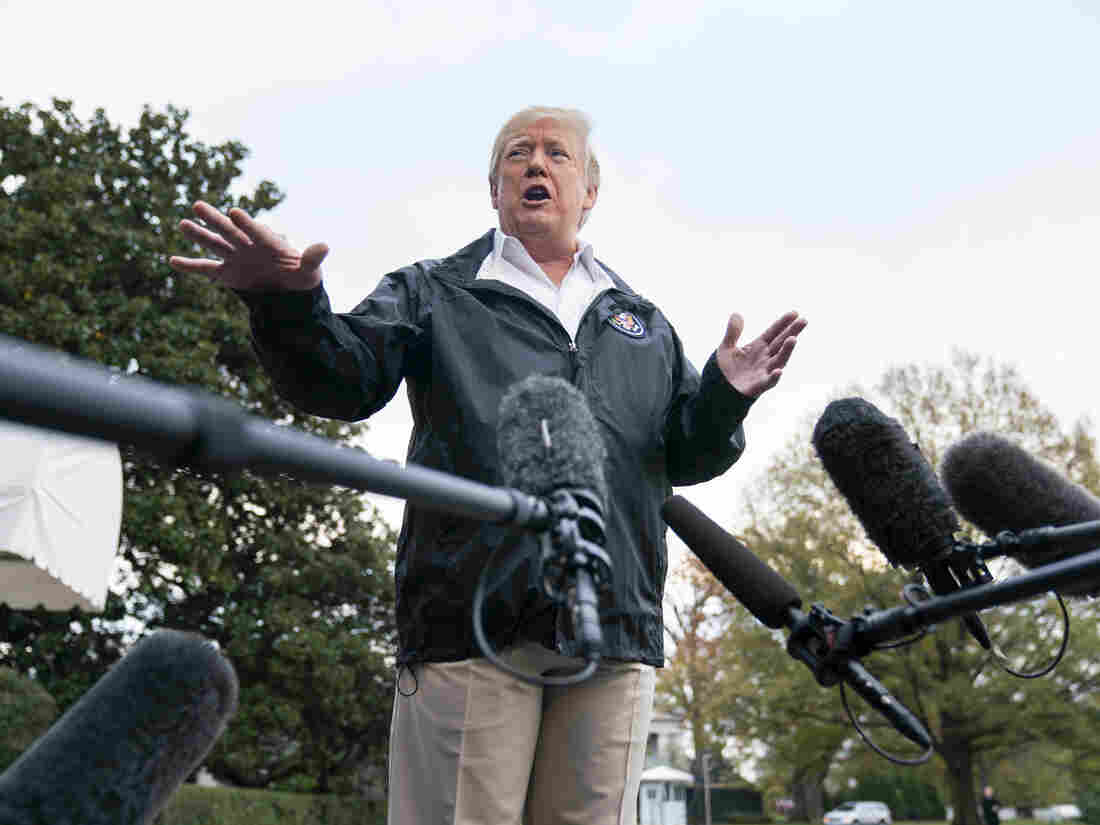 During an interview that aired Sunday, President Trump did not back down on his claim that the news coverage of him is “largely phony.” 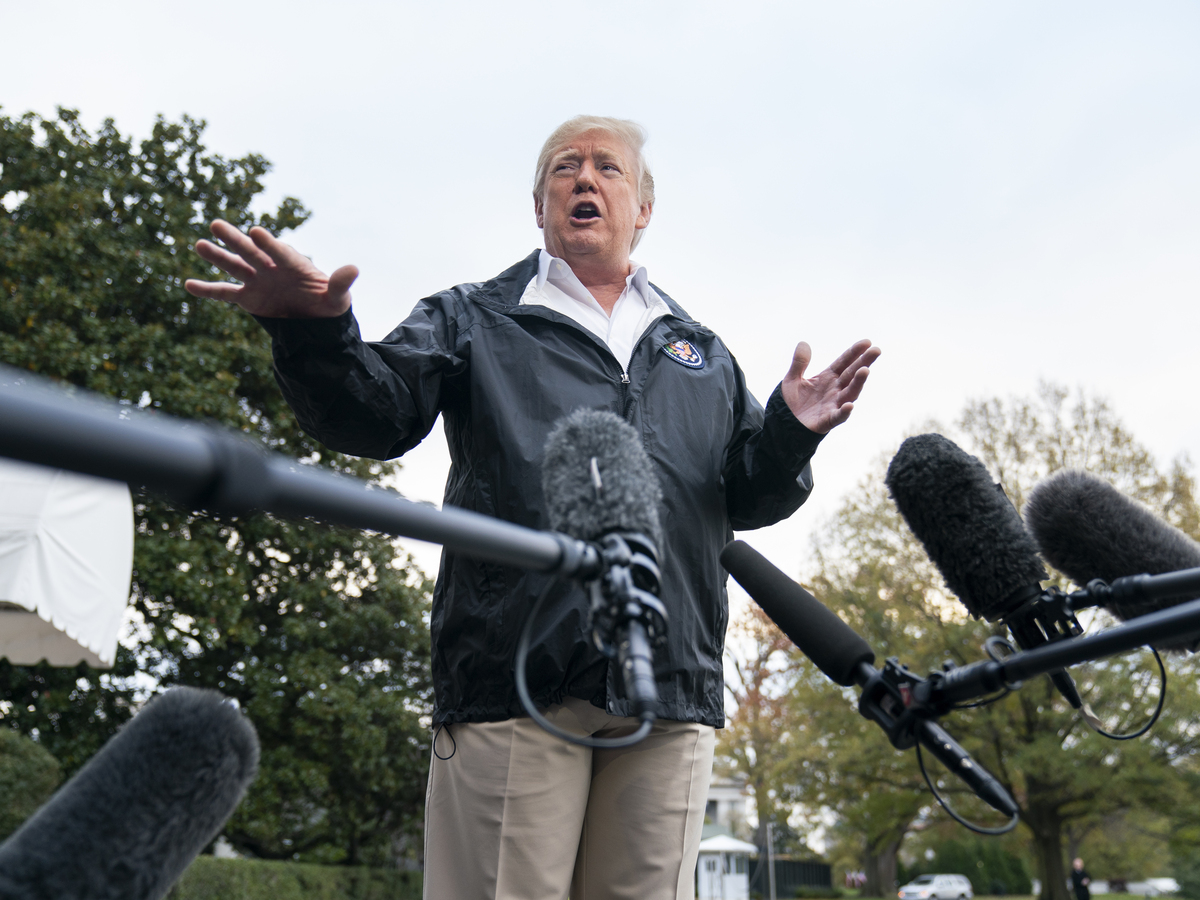 During an interview that aired Sunday, President Trump did not back down on his claim that the news coverage of him is “largely phony.”

Despite frenetically campaigning, rallying and tweeting support for Republican candidates in the lead-up to the midterms, President Trump didn’t take any responsibility for the GOP’s losses in those elections in an interview with Fox News’ Chris Wallace that aired Sunday.

“I have people that won’t vote unless I’m on the ballot, OK?” Trump said, later noting, “My name wasn’t on the ballot.”

Wallace pointed out Republicans lost gubernatorial and Senate races in three key states that helped deliver him the Electoral College in 2016: Michigan, Wisconsin and Pennsylvania. But Trump wouldn’t concede any blame.

“I won the Senate, and that’s historic too, because if you look at presidents in the White House, it’s almost never happened where you won a seat,” Trump said. “We won — we now have 53 as opposed to 51 and we have 53 great senators in the U.S. Senate. We won. That’s a tremendous victory.”

Going into the 2018 midterms, Senate Republicans possessed one of the most favorable maps a party has had in the past 100 years. Democrats (and two independents who caucus with Democrats) had to defend 26 seats, including 10 seats in states that Trump won in 2016. As of Sunday, Republicans have gained net total of two Senate seats, while losing nearly 40 House seats and control of that chamber.

Trump didn’t directly address reports that he planned to reshuffle his Cabinet in the wake of the midterms but said there are “three or four or five positions” that he’s thinking about.

In regards to one Cabinet change he already made, Trump said he was not aware before he appointed acting Attorney General Matthew Whitaker that Whitaker had been critical of special counsel Robert Mueller.

“If you look at those statements — those statements that can — they really can be viewed really either way,” Trump said of Whitaker’s appearances on cable television and op-ed columns opposing Mueller’s investigation of Russian interference in the 2016 election.

On Wednesday, NPR’s Carrie Johnson reported that the Justice Department said Whitaker’s temporary appointment was legal, but it did not address whether Whitaker must recuse himself from the Russia investigation because of his previous comments.

In a rare concession, Trump did admit to making a mistake when he did not visit Arlington Cemetery on Veterans Day.

TRUMP: I should have done that, I was extremely busy on calls for the country. We did a lot of calling as you know.

WALLACE: But this is Veterans Day.

TRUMP: I probably — you know, in retrospect, I should have and I did last year and I will virtually every year.

Trump’s decision to pass on the presidential tradition of visiting Arlington National Cemetery on Veterans Day came shortly after he faced criticism for not visiting a French cemetery for Americans killed in World War I.

He vigorously defended himself on Fox News, saying the news reports that he didn’t go because of the rain were “fake news” and that the Secret Service told him he wasn’t allowed to go because of poor visibility that would have grounded his helicopter.

On the subject of fake news, Wallace pushed back on Trump’s attacks on CNN and The New York Times, saying that while other presidents have expressed frustration with coverage, none called the media “the enemy of the people.” Wallace said leaders in authoritarian countries around the world now use Trump’s words to repress the media.

But Trump did not back down on his claim that the news coverage of him is “largely phony” and false.

Trump was not overly concerned about Friday’s ruling that the White House must reinstate CNN correspondent Jim Acosta’s press credentials, after the cable network sued the Trump administration. Trump said that “it’s not a big deal” and that the White House is writing up rules and regulations for conduct at news conferences.

When questioned about his divisive tone, Trump defended himself by citing achievements like repealing the Affordable Care Act’s individual mandate and last year’s tax cuts.

“I think if I was, you know, more modified, more moderate in that sense, I don’t think I would have done half of the things that I was able to get completed.”

“Tone is something that is important to me,” Trump continued. “But a lot of times you can’t practice tone because you have people coming at you so hard that if you don’t fight back in a somewhat vigorous way, you’re not going to win. And we have to win. This country has to win.”