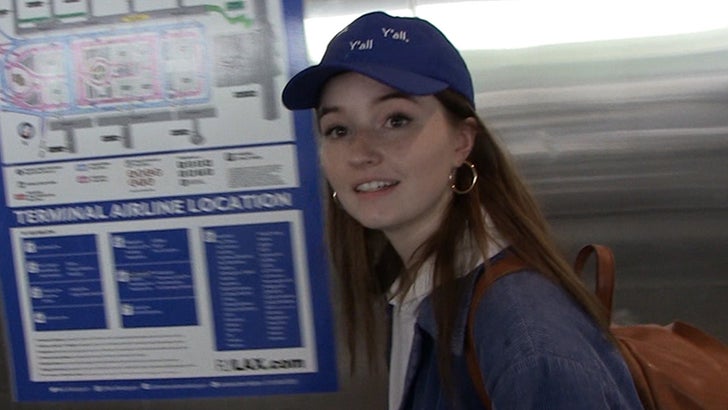 “Unbelievable” star Kaitlyn Dever is using her platform as a star on a hit Netflix show to get Congress to eliminate a backlog on rape kits … before it’s too late.

We got Kaitlyn out at LAX Friday and asked her about her recent trip to Capitol Hill. She was there to push Congress to reauthorize the Debbie Smith Act, which provides federal funding to sort out hundreds of thousands of unanalyzed rape kits. The bill, first passed in 2004, is set to expire Monday.

Kaitlyn, of course, portrays an 18-year-old who survives sexual assault in Netflix’s new true crime limited series. Her efforts aren’t just limited to pushing lawmakers on the Hill … she’s taken her cause to social media urging fans to hound their representatives to act … stat.

She’s tagged Speaker Nancy Pelosi, among others, to get moving. She ended her caption with #EliminateTheBackLog. No doubt Kaitlyn’s taken on one helluva cause.

On a lighter note … our guy asks the 22-year-old actress if there have been any established actresses who have reached out saying they enjoy her work on the hit series. Not surprisingly, Kaitlyn says she has!!!