Jennifer Lopez might be considered a star because of her TV career, but she’s not a big enough name in music to land the Super Bowl Halftime Show in Miami … at least according to Uncle Luke.

The former 2 Live Crew frontman is standing by his criticism of Jay-Z and the NFL for choosing J Lo and Shakira as headliners for SB54 … because he feels Pitbull and Flo Rida are at a higher level.

Uncle Luke tells us there’s a very short list of performers — and most of them are no longer alive — who warrant top-billing for a Super Bowl no matter where it’s being played … and Lopez isn’t on it.

So, he’s doubling down on his stance that the upcoming Miami SB should feature famous artists who are actually from the city … and the current duo doesn’t qualify.

Luke’s still going hard at Jay-Z for his role in choosing the SB entertainment too. He tells us he thinks the Roc Nation honcho got played by Roger Goodell in partnering with the NFL … because he has no other explanation how Jay could let this happen.

Luke says Jay can still make it right … but, if he doesn’t, he needs to resign … otherwise, his legacy will be one of a “house brother” instead of a mogul. 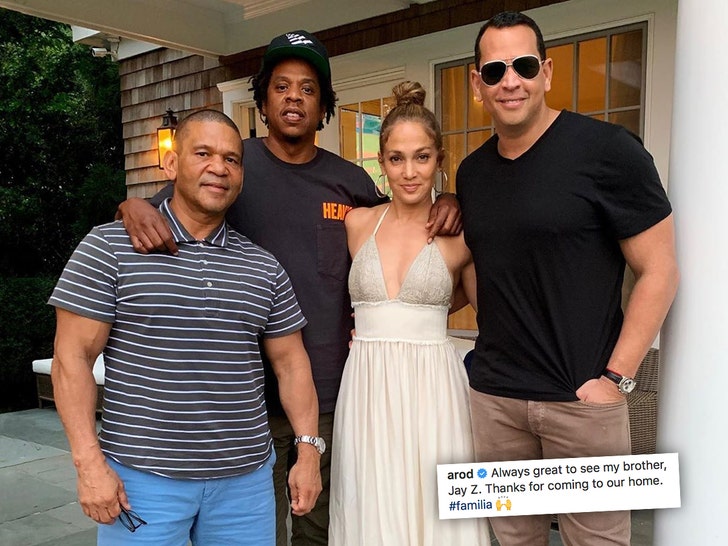 For what it’s worth … Jay doesn’t seem too concerned with what Uncle Luke thinks. J Lo’s fiance, A-Rod, just shared a photo of Hova hanging out at their home, so it’s highly unlikely he’ll be axing her from the Halftime Show to appease anyone.