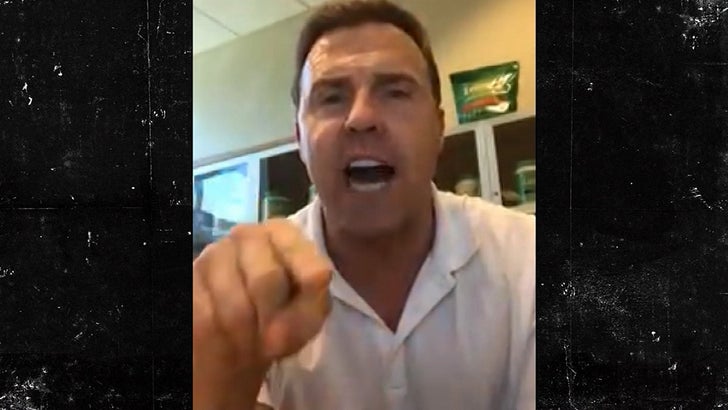 We talked to Romanowski — a 4x Super Bowl champ and 2x Pro Bowler with a rep ranging from a player who was ultra-physical to downright dirty — about Burfict’s controversial hit, and season-long (12 games) suspension.

Raiders Vontaze Burfict out for the year after a helmet-to-helmet hit during yesterday’s Raiders-Colts game. Burfict was ejected from the game. Now he’s been handed the longest punishment for an on-field act in NFL history. #VontazeBurfict #raiders #nfl pic.twitter.com/qgF2io60uI

“You’re in the heat of battle. Your mindset is kill or be killed. Because the offensive linemen are still coming at you. You’re in war. You’re supposed to be able to be violent sometimes and other times you’re supposed to just be able to take your foot off the gas like that. That is hard, my friend.”

It’s worth noting, Burfict — who’s been suspended or fined a total of 13 times over his 8-year career — has a personal relationship with Romanowski.

The two men spent time together at Raiders training camp this summer.

So, what should’ve been the punishment??? Romanowski broke it down.

“I think a fine, maybe a game because there’s previous stuff. Other people just get kicked out of the game. I’ve been kicked out of games for things like that, so I get it. But, for him to be suspended for the season, I think is bulls**t.”

Romanowski says Burfict is a hard-nosed, throwback player and he respects that.

“To me, he plays the game the way it’s supposed to be played. Did he take it too far? Yeah. And, he’s taken it too far quite a few times. I think my dealings with him, he’s nothing but a good guy. A guy who’s probably the smartest football mind in the room. He’s a true pro.”

BR continued … “I think he’s a good guy, but I will say this. When you look at that man in the eyes, he’s a scary dude.”

From his Nutrition 53 offices, Bill also walks us through one of his infamous on-field incidents — when he broke his teammate Marcus Williams‘ eye socket during a practice in 2003 — and explains why he thinks that incident and Burfict has a lot in common. 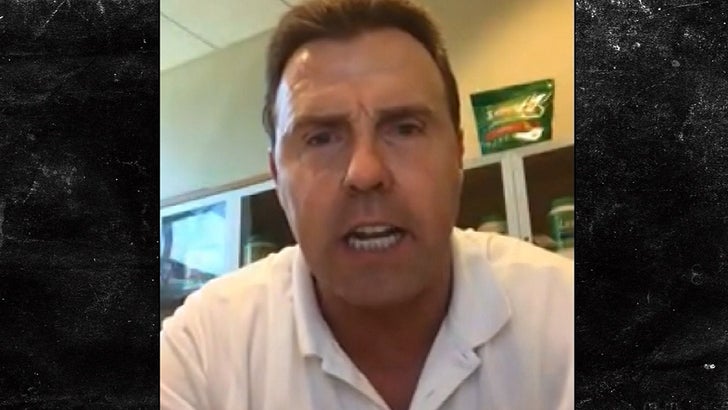