President Trump is rallying troops around him, literally … soldiers are lining parts of the White House perimeter as the largest George Floyd protest yet is about to begin.

More than 100,000 people are expected to rally in the National Mall Saturday to protest the killing of George Floyd, specifically, and police brutality in general. While there have been protesters near the White House for more than a week now … it appears Trump’s administration is preparing for the worst.

Security forces gather near White House ahead of protests#WashingtonDC pic.twitter.com/5ZmKE7BT25

As it is, 8-foot high fencing was erected this week around most of the White House grounds’ perimeter, and will reportedly remain there until at least the middle of next week. 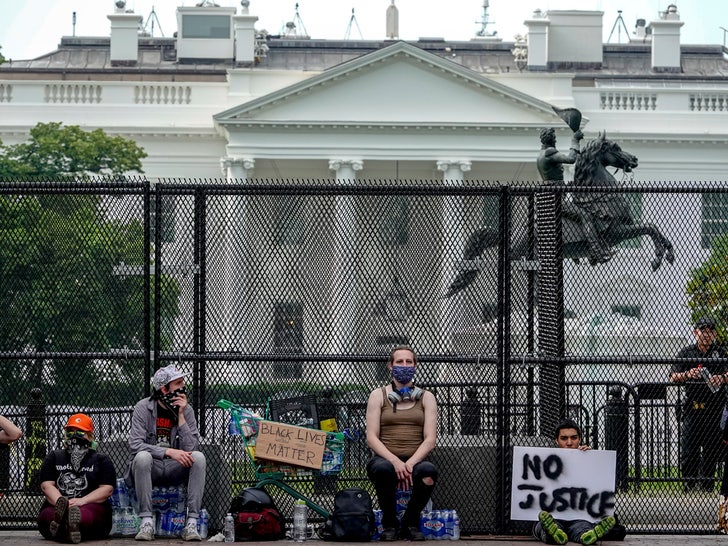 Washington D.C. police have closed off several streets around the Mall, and protesters have already started gathering around the Lincoln Memorial.

Remember, last week the President ordered law enforcement to clear streets by opening fire on peaceful protesters with rubber bullets and pepper spray … so he could get to St. John’s Episcopal Church for a photo op.